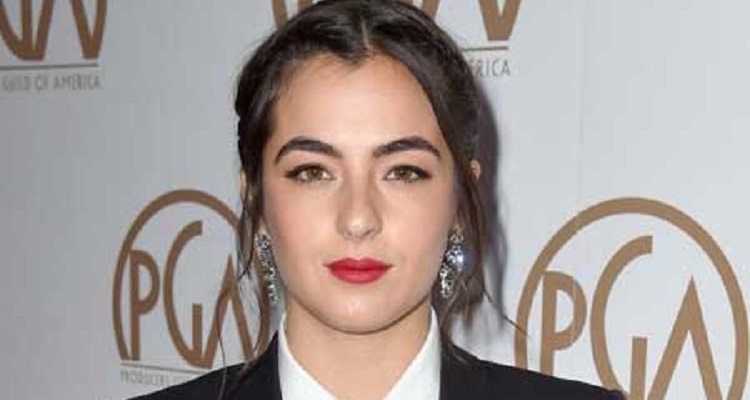 Alanna Masterson is an American actress who gained recognition after she starred in The Walking Dead series on AMC.

Alanna Masterson and her early life, family, and education

Actress Alanna Masterson was born on 27 June 1988 in Long Island, New York, the USA. She was born at North Shore Hospital in Manhasset, New York. She is aged 30 now. Her parents are Carol Masterson and Joe Reiche. Carol is a manager and Joe was a Lebanese Australian professional rugby player. Her elder brother is Jordan Masterson who is, an actor. Carol was previously married to an insurance agent named Peter Masterson and has two sons with him named Daniel and Christopher Masterson. Her parents were married in 1985 but divorced in 1995.

The family migrated to California in 1993 for better education for the kids. She studied at Delphian School and later joined the New York Film Academy. She has American citizenship and her ethnicity is Irish and Lebanese.

Alanna Masterson and her career and net worth

Alanna Masterson started her career on TV at a young age. In 1994, she started acting on TV in The Young and Restless as Colleen Carlton. She was seen in Definitely Maybe in 2001. In 2006, Alanna appeared as Heidi in Malcolm in the Middle. In 2008, she starred in Greek TV series, and in 2009, she appeared in Grey’s Anatomy as well as in Terminator: The Sarah Connor Chronicles. She was also seen in the First Day, Park It Up, Men at Work, Talking Dead, Mistresses, and Younger. Her memorable role was in The Walking Dead as Tara Chambler. She started it in 2013 and is continuing with this role to date.

Talking of her show filming,  Alanna had said:

“Yeah it’s been fun.  I mean its day in, day out a pretty rough show to shoot – it’s tiring, you’re away from your family, your home and there are very long hours, longer than I think most television shows. We also don’t get that much time to shoot an episode, it’s eight days where some episodes that are an hour long, you know other shows have fourteen days to shoot one and we have eight, so we definitely cram a lot in there, and there’s things I’m sure as actors we wish we could have more time doing. But overall, it’s quite a roller coaster and you know, it’s the best job I’ve ever had and as challenging it is I’ve been having a lot of fun. Seth doesn’t have fun anyways! (laughs). “

As for her best character moment,  she had said:

” I think in my first season, when I told Glenn to go and leave me behind and then he came back and saved me. That was pretty cool. “

Alanna Masterson and her relationship status

Alanna Masterson is in a relationship with Brick Stowell and the couple has a daughter named Marlowe Masterson who was born in November 2015. Brick is a photographer and talent agent.

Marriage is not yet on the cards for the couple.

Alanna Masterson and her body measurements