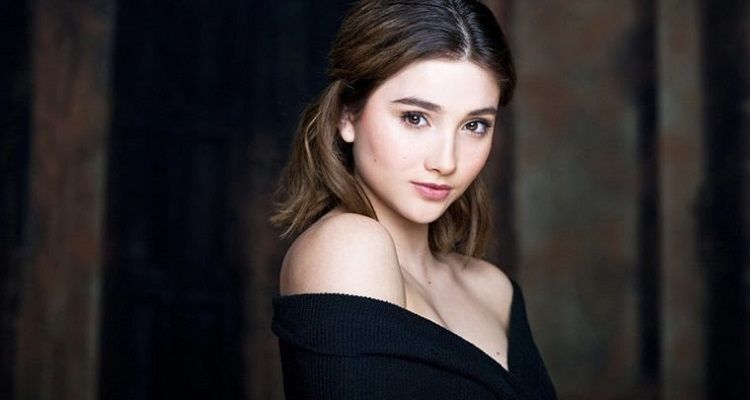 Amanda Arcuri is a young Canadian actress, who is best known for her portrayal of the recurring role of Lola Pacini in the Canadian TV teen drama series franchise ‘Degrassi’. She is also widely renowned for her appearances in several other motion pictures from the ‘Degrassi’ world including the TV movie ‘Degrassi: Don’t Look Back’, ‘Degrassi: The Next Generation’ and ‘Degrassi: Next Class’ TV sequels series.

Amanda Arcuri was born in Toronto, Canada on October 21, 1997. Currently, her age is 22. Her nationality is Canadian and though she was born in Canada, her ethnicity is Argentinian and Italian. She has not revealed much about her family and education history.

Apart from her engagements on ‘Degrassi’, Amanda Arcuri has also made several other appearances. In 2015, she made an appearance briefly in the short drama movie ‘Grayscale’. Similarly, in 2017, she made a guest appearance in an episode of the TV series, ‘Played‘ which was then followed by the portrayal of Rebecca in the 2018 fantasy and romantic drama movie titled ‘Every Day‘.

In 2020, she is set to star on ‘Do Not Reply’, an American horror movie alongside  Jackson Rathbone, Kerri Medders, among others.

According to some notable online sources, she has an estimated net worth of around $500k.

You may also like to read Jensen Ackles Age, Bio, Wife, Net Worth, Kids, Height, Supernatural