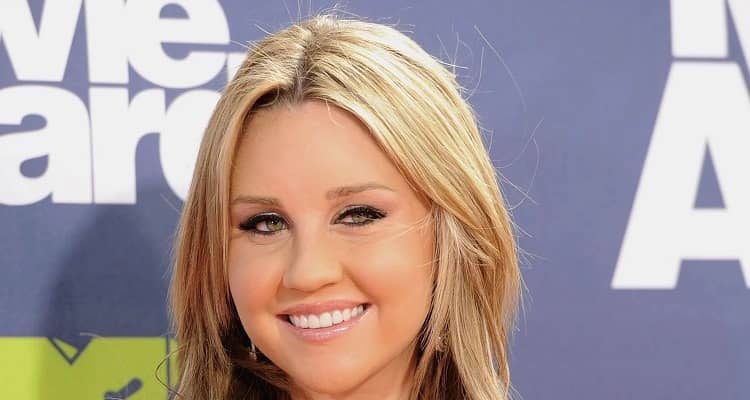 Who is Amanda Bynes?

Amanda Bynes is a well-known American actress, writer, fashion designer, and voiceover artist who worked in television and film throughout the 1990s and 2000s before retiring from acting in 2010.

What is Amanda Bynes famous for?

How old is Amanda Bynes?- Amanda Laura Bynes was born on April 03, in the year 1986, in Thousand Oaks, California, the United States. Currently, her age is 36 years old and Aries is her zodiac sign.

Talking about Bynes’s education history, she completed an independent study program at Thousand Oaks High School in California and graduated in 2004. In December 2013, she enrolled at the Fashion Institute of Design & Merchandising in Irvine, California, and graduated in 2019. She earned her Associate of Arts degree in Merchandise Product Development in 2018.

All about Amanda Bynes’s Career

At the age of seven, Bynes landed her first acting role in a Nestlé commercial for ‘Buncha Crunch’ candies. She was then noticed by producers, who hired her to perform in stage productions of ‘Annie,’ ‘The Secret Garden,’ and other shows. She also became a regular cast member of Nickelodeon shows such as ‘Figure It Out’ and ‘All That.’

Throughout 1999, she rose to prominence as a regular on ‘The Amanda Show,’ where she created memorable characters such as ‘Judge Trudy,’ ‘Penelope Taynt,’ and others. She made her feature film debut in 2002 with ‘Big Fat Liar,’ co-starring Paul Giamatti and Sandra Oh. She also had a recurring role in the WB series ‘What I Like About You.’

In 2003, Bynes co-starred in the film ‘What a Girl Wants,’ alongside Colin Firth, Oliver James, and Kelly Preston. She also appeared on the cover of Vanity Fair and voiced ‘Nellie’ in the film ‘Charlotte’s Web 2: Wilbur’s Great Adventure.’ She appeared in the romantic comedy film ‘Love Wrecked’ in 2005.

In 2006, she starred in the comedy film ‘She’s the Man,’ which was loosely based on William Shakespeare’s ‘Twelfth Night.’ She co-starred in the film with Channing Tatum, which became a worldwide commercial success. Bynes appeared in the remake of the musical ‘Hairspray’ in 2007. She portrayed a nerdy adolescent alongside Hollywood stars such as Queen Latifah, John Travolta, Zac Efron, Michelle Pfeiffer, and others.

The film was a commercial smash.In the same year, she appeared in the comedy film ‘Sydney White,’ also known as ‘Sydney White and the Seven Dorks.’ It was based on the 19th-century German fairy tale ‘Snow White.’ Around the same time, she launched her own clothing line, ‘Dear,’ and signed a five-year contract with ‘Steve & Barry’s.’ Within a year, ‘Steve & Barry’s’ filed for Chapter 11 bankruptcy, and Bynes’ fashion line was discontinued. Bynes appeared in the ‘Lifetime Television’ film ‘Living Proof’ in 2008. Then, Amanda played a student assistant to the character of Harry Connick, Jr. She co-starred in the 2010 film ‘Easy A’ with Emma Stone.

Is Amanda Bynes single?– Amanda Bynes announced her engagement to Paul Michael in early 2020. There were false rumors that they had split up just a few weeks later. Later, it was revealed that they were expecting a child. The couple called off their engagement in July 2022 and later announced their separation.

Drake Bell first appeared on The Amanda Show in 1999 and quickly began dating the actress. They dated from February 1999 to December 2001. She dated American actor Taran Killam from March 2001 to May 2002. Until March 2003, Frankie Muniz had the opportunity to date the actress. They co-starred in the 2002 film Big Fat Liar, which also served as Bynes’ debut.

She also dated another actor, Nick Zano, for nearly a year before splitting up in 2004. From May to October 2005, she was romantically involved with actor, singer, and former fashion model Chris Carmack. The two also co-starred in Love Wrecked, a 2005 adventure romantic comedy film about a girl who becomes stranded on a Caribbean beach with a rock star.

Amanda dated Seth MacFarlane, a singer, director, producer, comedian, voice actor, animator, screenwriter, and actor. In 2008, he had a brief relationship with Amanda. They first met on the set of Family Guy, where Bynes had to voice a character in just one episode. It is unknown when the relationship ended in 2008. Doug Reinhardt and Amanda Bynes were spotted together at a Los Angeles Lakers game in December 2008. However, the relationship lasted less than a month and ended in January 2009. Kid Cudi dumped Bynes for over-tweeting.