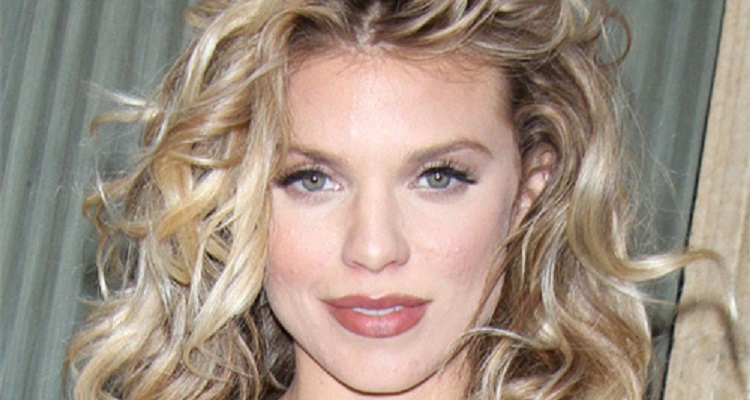 She was born on July 16, 1987, in Atlanta, Georgia, USA. She is currently 31 years old. Her father’s name is David McCord and her mother’s name is Shari McCord. She was born in a Christian family and her father was Pastor at the church. AnnaLynne holds American citizenship and her ethnicity is Caucasian. She has got two sisters: Angel McCord and Rachel McCord.

She was homeschooled and graduated from high school at the age of 15. AnnaLynne had a profound love towards acting but wanted to become an archaeologist after watching Harrison Ford in the movie ‘Raiders of the Lost Ark’.

She takes Angelina Jolie as her idol.

She joined Wilhelmina Modeling Agency and modeled for different brands including Estee Lauder.

“When I first moved to L.A., I didn’t have a lot of money to join a gym or take classes, so I improvised went to the library and looked over their DVD collection and discovered a series of belly dancing routines. When you’re shaking your booty, you can’t help but feel beautiful and sexy. Her fitness tips include drinking lots of water and not drinking or smoking. But she does have a weak spot for peanut M&Ms.”

She debuted her film career from the Italian horror film ‘Natale a Miami’ in 2005.  She made appearances on ‘Close to Home’ and ‘The O.C.’ and later played rebellious Loren Wakefield in the serial ‘American Heiress’.

She portrayed minor roles as Cassandra in ‘The Middle of Nowhere’ in 2002 and as a car-jacking girl in ‘Transporter 2’. She made her breakthrough performance in teen drama Tv series ‘90210’ from 2008 to 2013. Her role in that’s series made her a star. She wanted to move on at a certain point of the series and said,

“Honestly, after about three years on a show, you’re like, Thank you very much for giving me a step up. Now can I go do movies?”

“There have been several movies I couldn’t do, and I really loved a script and wanted to be a part of them, and it just didn’t happen because I was working on the show. There’s always the Ying and yang of it.”

“It happened to me once by somebody that I knew, and it is a very interesting thing to feel that you do not have the voice to say no. It wasn’t an attack or anything like that I just had no voice. I did not know how to say, I don’t want this. Please do not do this to me finally, I can say I was taken advantage of not from my own shame that I did something to deserve that and now I can have a clear conscience.”

She dated actor Dominic Purcell from July 2011. But after three years of relationship, the pair broke up. Again in 2017, she reconciled with Dominic.

Previously, she dated ‘The Twilight Saga’ actor Kallan Lutz in 2008 but the pair separated in 2011 due to the traumatic memories of being sexually assaulted at the age of 18.

She is active in social media as well. AnnaLynne has around 459.1k followers on Instagram and she has posted around 1376 photos and videoes in her wall. She has been following 424 people to date.