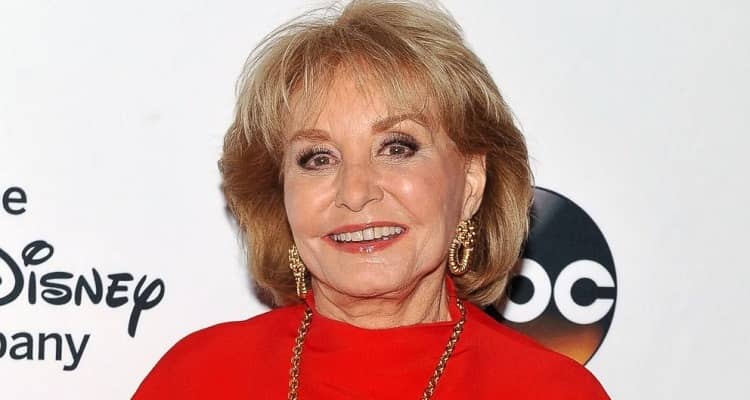 Barbara Walters is a well-known American author, television personality, and former broadcast journalist. She was noted for her interviewing skills and success with audiences, and she hosted various television series, including Today, The View, 20/20, and the ABC Evening News.

What is Barbara Walters famous for?

How old is Barbara Walters?- Barbara Jill Walters was born on September 25, in the year 1929, in Boston, Massachusetts, the United States. Currently, her age is 92 years old and Libra is her zodiac sign.

Her father‘s name is Lou Walters and her mother‘s name is Dena Seletsky. She has three siblings, Jacqueline Walters, Burton Walters, and Walda Walters AndersonWalters’s nationality is an American nationality and Caucasian ethnicity.

Talking about Walters’s education history, she went to Brookline’s Lawrence School. Her family eventually relocated to New York City, where she graduated from the Birch Wathen School in 1947. She attended Sarah Lawrence College and graduated with a B.A. in English.

All about Barbara Walters’s Career

After graduating from college, Walters went to work for WNBT – TV, an NBC affiliate. She went on to produce “Ask the Camera,” a children’s show. Additionally, she went on to launch the ‘Eloise McElhone Show’ later on. Barbara began writing for CBS’s “The Morning Show” in 1955. In 1961, she began working as a researcher and writer for NBC’s “Today Show.” She formerly worked for Tex McCrary Inc. as a publicist and as a writer for Redbook magazine.

Walters progressed to become the co-host of “The Today Show” after the death of Frank McGee. She worked as a co-host on the ABC Evening News from 1976 to 1978. In 1979, she became the host of ’20/20.’ Walters became a co-creator, executive producer, and co-host of ‘The View’ in 1997. She announced her semi-retirement in 2004. She also stopped giving Oscar interviews starting in 2010.

Since 2014, she has also been covering special episodes of ’20/20.’ In 2015, she hosted the Investigation Discovery documentary series “American Scandals.” In the same year, she hosted her annual “10 Most Fascinating People” event. In 2014, she left her roles as co-host of ‘The View’ and ABC News.

Is Barbara Walters married?– Barbara Walters has married three different husbands four times. She married her first husband, Robert Henry Katz, on June 20, 1955, at The Plaza Hotel in New York City. Her first spouse was a former Navy lieutenant and business executive. In 1957, the pair decided to end their relationship.

After her divorce from her first husband in 1961, she met Lee Guber, a theatrical producer and theater owner. After meeting on a blind date, they married two years later. For the first six months of their marriage, they lived in different homes due to their rigorous commitments.

In 1968, the couple chose to adopt a child, a girl called Jacqueline by Walter in honor of her crippled sister, who was unable to live a normal life or have children of her own. Because they were having marital troubles, the couple decided to split in 1972. They reconciled, but the marriage was short-lived, and they divorced in 1976.

Moreover, she married Merv Adelson in 1981 after Guber. Lorimar Television, the production firm behind The Waltons, Dallas, and Falcon Crest, was founded by Adelson. In 1984, the couple divorced, remarried in 1986, and divorced again in 1992. Walters wanted a child, but after three losses, she believes adoption is the best option.

How tall is Barbara Walters?- Walters has a height of 5 feet 5 inches and her weight is 60Kg. Whereas, her body measurement is 34-26-34 inches. Hence, Barbara has blonde hair and hazel eyes.