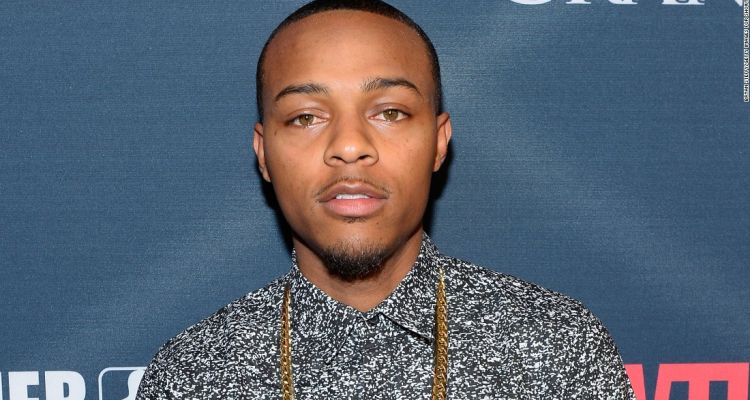 Bow Wow is best known for his albums “Beware Of Dog,” “Unleashed,” and “New Jack City II,” among others. He is also a well-known actor, having played Charlie Williams in the TV series “Entourage” and Brody Nelson in the television series “CSI: Cyber.”

Shad Gregory Moss, better known by his stage name Bow Wow, is an American rapper who was born on March 9, 1987, in Columbus, Ohio. Bow Wow was reared in nearby Reynoldsburg by his mother, Teresa Rena Caldwell, a hair stylist, and stepfather, Rodney Caldwell, an attorney, alongside two step-sisters. Shad has never met his biological father, Alfonso Preston Moss, because he abandoned the family when he was born.

All about Bow Wow’s Career

Bow Wow first became interested in rap music when he was three years old. His mother saw his talent and entered him in several competitions under the moniker ‘Kid Gangsta.‘ Dr. Dre and Snoop Dog quickly saw him and gave him the stage moniker ‘Lil Bow Wow,’ as well as the opportunity to perform with them. Snoop helped introduce him to record producer Jermaine Dupri shortly after, and he was signed to Dupri’s label, So So Def Recordings. He started working on his debut album in 1999, but before it was released, he recorded the soundtrack “The Stick Up” for the film “Wild Wild West,” which launched his career and built his net worth at the age of 12.

His debut studio album, “B,eware Of Dog,” was released in 2000 and was an immediate success, reaching No. 8 on the US Billboard 200 chart and being certified double platinum by the Recording Industry Association of America (RIAA), boosting his net worth and boosting his popularity significantly. It included the hit single “Bow Wow (That’s My Name),” which featured Snoop Dogg and reached No. 1 on the US Billboard Hot 100 chart, as well as the song “Bounce With Me,” which featured r’n’b girl group Xscape and earned him a place in the Guinness Book of World Records as the youngest rapper to have a No. 1 hit.

He released his second studio album, “Doggy Bag,” the following year, on which he collaborated with musicians such as Cox, Larry Johnson, Pharell Williams, and others. The album reached No. 11 on the US Billboard 200 chart and No. 2 on the Top R&B/Hip-Hop Albums chart, earning platinum certification from the Recording Industry Association of America.

He dropped ‘Lil’the from his stage name in April 2002, and his first album under his new moniker, “Unleashed,” was released in 2003. With songs like “Let’s Get Down,” featuring Birdman, and “My Baby,” featuring Jagged Edge, the album reached No. 3 on the US Billboard 200 chart and was certified gold by the RIAA.

Bow Wow’s fourth album, “Wanted,” was released in 2005 and featured the hit track “Like You” with Ciara, boosting his net worth even more. It was certified platinum by the Recording Industry Association of America (RIAA). He released “The Price Of Fame” the following year, with the lead track “Shortie Like Mine” featuring Chris Brown topping the Hot Rap Tracks list. “New Jack City II” was released in 2009 and reached No. 16 on the Billboard 200 charts in the United States. Despite starting work on a new album in 2010 and recording numerous tracks, he had to put it on hold in order to focus on his daughter. He did, however, announce in 2016 that he will release one more album, “NYLTH,” before retiring from rapping.

In addition to his rap career, Bow Wow dabbled in acting, making his cinematic debut in the role of Calvin in the 2002 film “Like Mike,” which was followed by his depiction of Kelly in the film “All About The Benjamins” the following year. His second notable role occurred two years later, in the film “Johnson Family Vacation,” in which he played D.J. Johnson. Bow Wow has starred in numerous additional Hollywood films, including “Roll Bounce” (2005), in which he played Xavier ‘X’ Smith, “The Fast And The Furious: Tokyo Drift” (2006), in which he played Twinkie, and “Hurricane Season” (2009), in which he played Gary. During that time, he also appeared in guest roles on TV shows like “Smallville” in 2006 and “Ugly Betty” in 2008. His net worth was boosted significantly by all of these roles.

Bow Wow’s acting career began with the character of Charlie Williams in the TV series “Entourage” (2008-2009), followed by roles as Kevin Carson in the 2010 film “Lottery Ticket” and Byron in the following year’s film “Madea’s Big Happy Family.” In 2013, he was featured as Eric in the film “Scary Movie 5”, and two years later, he was cast as Brody Nelson in the one-season television series “CSI: Cyber.” He is currently filming “Superstition: The Rule of Threes,” which will undoubtedly boost his fortune in the coming years.

His career began in 1999, and he has been an active member of the entertainment industry since since, principally as a rapper. So, if you’ve ever wondered how wealthy Bow Wow is, credible sources estimate that his overall net worth is over $1.5 million, with the majority of his earnings coming from his acting career. Bow Wow’s income is additionally bolstered by his ownership of a clothing business.

Bow Wow has received a lot of notable accolades and nominations as a result of his achievements in the music industry. In 2001, his smash track “Bow Wow (That’s My Name)” earned him the BET Award for Rap Single of the Year as well as the Billboard Music Awards for Rap Single of the Year. He also won the Nickelodeon Kids’ Choice Award for Favorite Male Singer in 2001, and was nominated for it again in 2006 and 2008.

Bow Wow has a daughter named Shai Moss with his ex-girlfriend Joie Chavis in his personal life. Following their breakup, he became engaged to reality TV personality Erica Mena in November 2014, however the couple later parted up. Bow Wow is presently dating an Instagram model named Kiyomi Leslie. His present address is Atlanta, Georgia, where he shares a home with his mother.