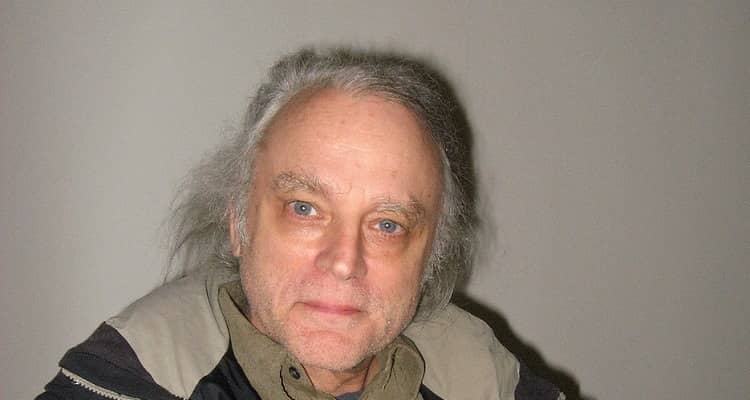 Who is Brad Dourif?

Brad Dourif is a well-known American actor. He is best known for his appearances as Chucky in the Child’s Play franchise (1988-2017) as Grma Wormtongue in The Lord of the Rings trilogy (2002-2003).

What is Brad Dourif famous for?

How old is Brad Dourif?- Bradford Claude Dourif was born on March 18, in the year 1950, in Huntington, West Virginia, the United Staes. His current age is 72, and his zodiac sign is Pisces.

His father‘s name was Jean Henri Dourif and his mother‘s name is Joan Felton Bradford. Then, afetr his father’s death in 1953, his mother remarried William C. Campbell, a golfer. He has three siblings, Diana, Patricia, and Christiane. Dourif’s nationality is an American and Caucasian ethnicity.

Talking about Dourif’s education history, he went to Aiken Preparatory School, where he studied painting and theatre. He later enrolled at Fountain Valley School, where he graduated in 1968. In 1969, he competed as an amateur in the Fountain Valley Film Festival, where he finished eighth in the 8mm film category with his 10-minute entry “Blind Date.” He briefly attended Marshall University before dropping out and moving to New York to pursue acting on the advice of actress Conchata Ferrell.

All about Brad Dourif’s Career

Dourif began his career by performing in several community theatre plays before joining the Huntington Community Players. During this period, he was still a student at Marshall University. He studied acting under Sanford Meisner after relocating to New York. He collaborated with Marshall Mason and Lanford Wilson at the Circle Repertory Company.

In the 1970s, he featured in many plays, including “The Ghost Sonata,” “The Doctor in Spite of Himself,” and “When You Comin’ Back, Red Ryder?” He was seen in the latter by Milos Forman and cast in “One Flew Over the Cuckoo’s Nest” in 1975. He had a three-decade hiatus from the theater, but returned in 2013 with Amanda Plummer in “The Two-character Play.”

Dourif has been in a number of films in addition to theatrical shows. “Split,” his debut acting picture, was never released. He appeared in another film, “W.W. and the Dixie Dance Kings,” in 1975, but his role was cut. In the years that followed, he acted in films such as “Eyes of Laura Mars,” “John Huston’s Wise Blood,” “Ragtime,” “Istanbul,” “Dune,” and “Blue Velvet.”

Likewise, he has appeared in various horror films, the most well-known of which was as the voice of Chunky in “Child’s Play.” He played the Gemini Killer in “The Exorcist III.” Among the numerous other films are “Death Machine,” “Alien Resurrection,” “Halloween,” “Halloween II,” and “Curse of Chunky.”

Then, in 1984, he featured in “Tales of the Unexpected,” episode “Number Eight.” He appeared in the X-Files episode “Beyond the Sea” as serial murderer Luther Lee Boggs. Brad appeared as Lon Suder in three episodes of “Star Trek: Voyager.” Furthermore, he has studied music, most notably the spoken word vocals in Norwegian duet Thinguma’s album “Misery Together.” He has also starred in the music videos “Stranger in Town” and “Drinking from the Bottle.”

How tall is Brad Dourif?- Dourif has a height of 5 feet 9 inches and weighs is 70 Kg. Hence, Brad has blonde hair and blue eyes.