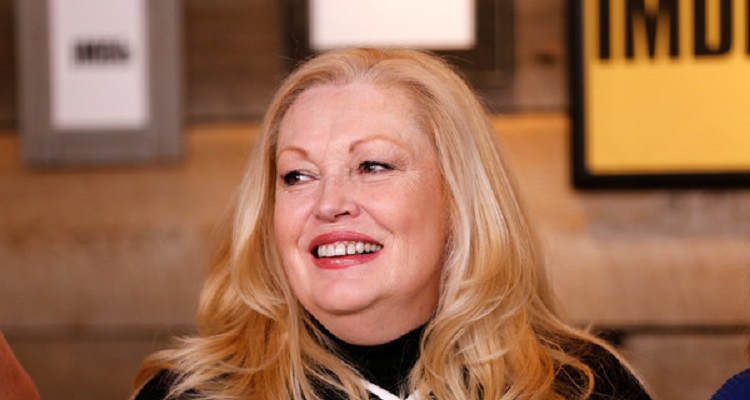 Cathy Moriarty is an American actress. Her notable films include ‘Neighbors’, ‘Analyze That’, ‘Casper’, ‘White of the Eye’, and ‘The Bounty Hunter’. Cathy Moriarty was awarded CableACE Award for Best Actress in a Dramatic Series for ‘Tales from the Crypt’.

Raging Bull is an American biographical black and white sports drama film which is written with the base of life of boxer Jake LaMotta, who was lead to the top in the ring because of violence and temper and destroys his life outside of it.

The film was directed by Martin Scorsese and produced by Robert Chartoff and Irwin Winkler. The film was adapted by Paul Schrader and Mardik Martin from Jake LaMotta’s memoir ‘Raging Bull: My Story’.

She portrayed the role Vickie LaMotta, the young and second wife of champion boxer De Niro’s Jake LaMotta and at that time, she was only 17 years old.

She has never seen Raging Bull. She said,

“I mean, I’ve seen parts of it. Just not in its entirety. Not in one sitting. It was the first time I’d heard my voice recorded. The film played and I said, ‘Who is that?’ They said, ‘It’s you.’ And I said, ‘That is not what I sound like. That sounds like a truck driver.’ “I like it now. It just took me a while.”

She was nominated for the Academy Award in the category Best Supporting Actress for the film.

The movie made a box office collection of only $23 million and the film was nominated for eight Academy Awards and won two awards which include Best Actor for Robert De Niro and Best Film Editing.

The film was voted the best film of 1980 by the Los Angeles Film Critics Association.

She has played in numerous films and television series. She has been successful in her career and she has made an estimated net worth of around $5 million from her professional career.

She married Carmine D’Anna on 29 November 1980. He was a theatrical manager. After marriage, they settled in Malibu, California. But, the couple could not hold the relationship and get divorced in 1992.

Later, she dated Richard Palmer who was her fiancé and business partner, a pizza restaurant owner. But, he left Cathy after he met Raquel Welch in October 1997.

Then, she married Joseph Gentile, who is a financier. They got married on August 28, 1999. They welcomed twins Catherine Patricia and Joseph John on September 11, 2000, and they welcomed their third child, Annabella Rose on November 15, 2001. The family is living together and happily. There is no sign of divorce between Cathy and her husband.

Read more about What are Daniel Henney’s views on marriage? Get to know about it and also updates on his relationship and career!