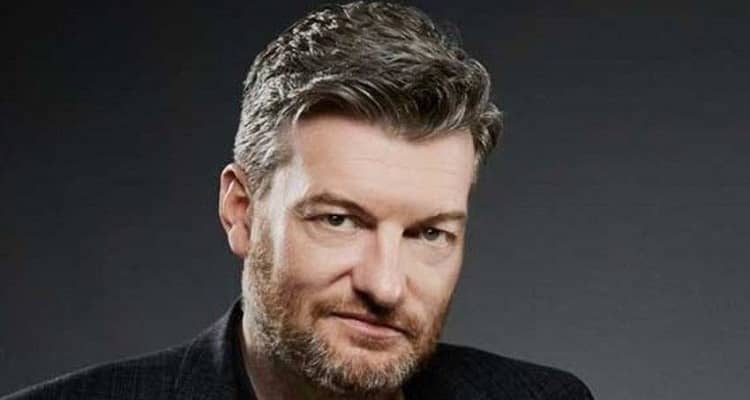 What is Charlie Brooker famous for?

How old is Charlie Brooker?- Charlie Brooker was born on March 3, in the year 1971, in Berkshire, England, the United Kingdom. Currently, his age is 51 years old, and Pisces is his zodiac sign.

Unfortunately, there is no information about his family and siblings. Brooker’s nationality is British and English ethnicity.

Talking about Brooker’s education history, he attended Wallingford School, then he went to the Polytechnic of Central London, the University of Westminster to study for a BA in Media Studies

All about Charlie Brooker’s Career

Brooker became a contributor for the PC Zone video game magazine, where he primarily published reviews for newly released games. But that was only a small fraction of what he accomplished. Additionally, Charlie had his own ideas, which helped him achieve greater success in the years ahead.

He developed comic strips called ‘Cybertwats’ and ‘Sick Notes’ in which he mocked the magazine’s fan mail. He also offered a prize of £50 for the best letters. The readers adored this black comedy notion, and as a result, the magazine’s sales skyrocketed.

Similarly, Charlie worked for TvGoHome and also worked substantially in television in the late 1990s. He first featured on the short-lived show ‘Games Republic’ in 1999, playing the character of ‘the Pundit,’ and later joined the show ‘The 11’o Clock Show’ as a writer.

He also became a host for BBC Knowledge’s ‘The Kit,’ a low-budget show where he talked about gadgets and new technologies in a straightforward manner. In 2001, he worked as a writer on a special edition of the show ‘Brass Eye’ about paedophilia. Later, he worked as a writer for ‘The Art Show’ for a single episode named ‘How to Watch Television.’

Then, Charlie co-wrote the sitcom ‘Nathan Barley,’ which debuted on Channel 4 in 2005. The show featured a variety of features, including an animated portion and a separate piece in which the guests discussed their fascination with a particular television show.

Other ‘Screenwipe’ spin-offs, such as ‘Newswipe’ and ‘Weekly Wipe,’ ‘Dead Set,’ a zombie horror series, premiered in October 2008 and gained critical acclaim. Charlie released three episodes of the science fiction anthology series ‘Black Mirror’ in late 2011. In the year 2017, for the episode titled ‘San Junipero’ from the third season of ‘Black Mirror

Is Charlie Brooker married?– Charlie Brooker is married to Konnie Huq in the world’s gambling capital, Las Vegas. Konnie appeared in a scene of Screenwipe, Charlie’s Show in 2008, and the duo first met. The couple has two children, Covey Brooker Huq and Huxley Brooker Huq.

How tall is Charlie Brooker?- Brooker has a height of 5 feet 11 inches and weighs is 78Kg. Hence, Charlie has brown hair and eyes.