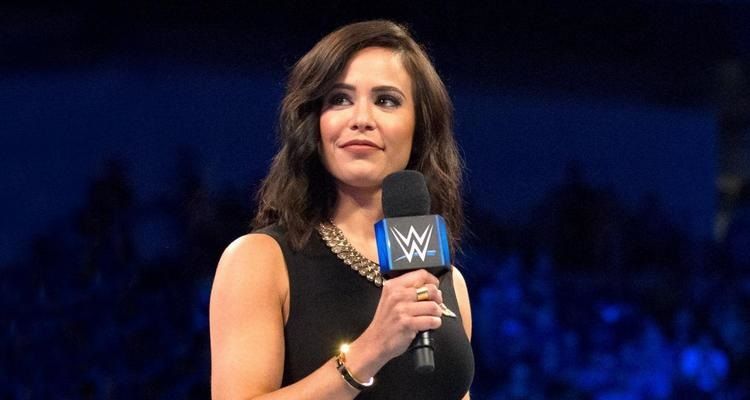 Who is Charly Arnolt?

Charly Arnolt is an American TV personality. She is a TV presenter, an announcer for sports and WWE interviewer. Charly Arnolt is a well known on-air face for WWE matches and is engaged in interviewing the wrestlers from backstage. Read to know more about her bio, relationship, net worth, etc.

Charly Arnolt was born on 14 July 1987, Indiana. She was raised by her mother, Charlene May Arnolt who worked as a communication expert. However, data on her father and siblings are unavailable. Charly’s schooling was from North Central High School and she graduated in Broadcast Journalism from American University.

After completion of the study in 2010, Charly went to West Virginia and joined WSAZ-TV. Then in 2013, she had worked as a sports reporter in her hometown Indiana. Her debut in WWE began on Aug 2, 2016. From then, she had covered several WWE live events and ring matches.

Charly is still enjoying her job as a part of WWE events. Her TV name is not Charly Arnolt instead she is known as Charly Caruso.

Also, read NFL Sports anchor and reporter Jaime Maggio-Who is she dating? Know about her Boyfriend, Career, and Childhood!

There is no doubt that Charly is an amazing anchor and presenter. That’s why the famous sports channel ESPN hired her as a permanent employee. After hearing this news Charly was on cloud nine. She showed her excitement by tweeting,

“WHAAAAAT!!! Been waiting my whole life to say those 4 letters! So yep, here I am—officially an ESPN employee! (No, I am NOT leaving WWE! That’s still my home and I am so happy there!) I’ll be doing a few things at ESPN from time to time for now, including SportsCenter updates and hosting the SportsCenter on Snapchat show. I’m still in disbelief. WWE + ESPN = KILLER COMBO! I am so incredible appreciative and fortunate for both of these wonderful opportunities! Check me out all day today and tomorrow doing SC updates!”

Regarding Charly’s love affairs or marriage, there is no reliable information available in any source. There was a rumor once that she is dating WWE superstar Seth Rollins but there was no confirmation from both the parties.

She might be in a relationship or might be married. But for now, she is single. She is entirely focusing on her career instead of relationships.

Charly Arnolt has a slim fit body with 34-28-36 inches. She has a height of 1.57m and weighs 60 kg. Her black hair and dark brown eyes complement her fair skin.

Also, read Is Mary Carillo a lesbian? Know about this sportscaster’s married life, career, and other ventures!

Charly Arnolt is at the height of her career. She is one of the most appreciated anchors in WWE. From her first show till now, she has interviewed and done anchoring for many events of RAW(WWE). Till now the estimation of her net worth is around $500,000.

Charly Arnolt’s appealing personality helped her in reaching success. Her number of followers on social sites increases every day. So far she has more than 9.6k Facebook followers, almost 448.4k on her Instagram and around 66.9k followers follow Charly on Twitter.

Also, read Kristine Leahy, the Fox Sports 1 reporter! Why had she received death threats? Know about her career and boyfriend!