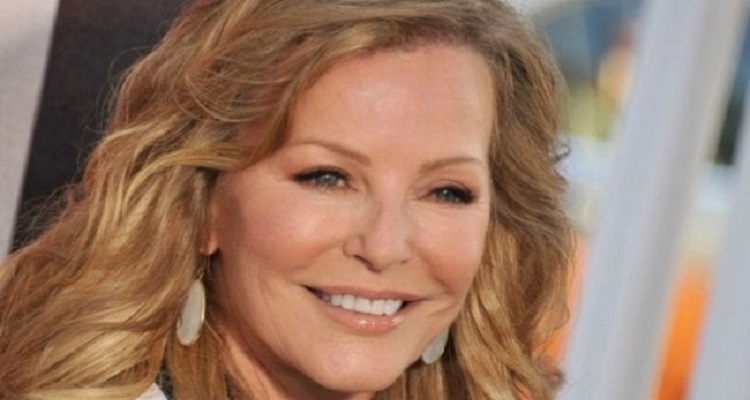 Cheryl Ladd is an American actress, singer, and author. She is popular for her role as Kris Munroe in the ABC television series ‘Charlie’s Angel’ and for her other performances in the films ‘Purple Hearts’ in 1984, ‘Millennium’ in 1989, ‘Poison Ivy’ in 1992, ‘Permanent Midnight’ in 1998 and ‘Unforgettable’ in 2017.

She was born on July 12, 1951, in Huron, South Dakota, USA. Her birth name is Cheryl Jean Stopelmoor and she is currently 67 years old. Her father’s name is Marion Stoppelmoor(railroad engineer) and her mother’s name is Dolores Stoppelmoor(waitress). She has got a brother named Seth.

She holds American citizenship and her ethnicity is a mix of English, Ashkenazi Jewish, German, and distant Irish.

She was very fond of singing, dancing and acting during her childhood days and she had a band called The Music Shop during her high school days. Cheryl used to be a cheerleader during high school. Other information regarding her college’s name is not available.

She debuted her career in the field of music and later landed her role in commercials and televisions. She made her guest appearance in the shows such as ‘The Rookies’, ‘The Partridge Family’, ‘Police Woman’, ‘The Muppet Show’, and ‘Happy Days’.

She made herself recognized after her performance in the ABC televisions series ‘Charlie’s Angels’ in which she replaced star, Farrah Fawcett.

She co-starred with Drew Barrymore in the film ‘Poison Ivy’ as Georgia Cooper in 1992, Pamela Verlaine in ‘Permanent Midnight’ in 1998, Anna in ‘A Dog of Flanders’ in 1999. She made her guest appearance in the TV shows such as ‘Charmed’, ‘Hope and Faith’, and ‘CSI: Miami’. She played as the wife of the lead character Ed Deline, Jillian Deline in 29 episodes of the television drama series ‘Las Vegas’ from 2003 to 2008.

She starred on ‘Broadway’ in September 2000, taking over the title role from Bernadette Peters in a revival of Irving Berlin’s ‘Annie Get Your Gun’ and she portrayed the role until January 2001, when Reba McEntire took over.

She along with her co-angel Jaclyn Smith was awarded the 2010 TV Land Pop Culture Award for ‘Charle’s Angels’ on April 17, 2010. In the same year, she starred in the TV film ‘Love’s Everlasting Courage’ which was aired on October 1, 2011, and in the same month, she made her appearance on NCIS in the show’s ninth-episode ‘Thirst’ where she was seen as the love interest of medical examiner Dr. Donald ‘Ducky’ Mallard. She played as Sarah Walker’s mother in an episode of ‘Chuck’ in December 2011.

She has an estimated net worth of around $8 million and she has earned that sum of money from her professional career.

She was married to actor David Ladd in 1973. The couple welcomed a daughter named Jordan Ladd. They lived together for seven years and finally divorced in early 1980. She did not change her last name even after her divorce with her husband.

Later, she dated music director Brain Russell and they tied their knot on January 3, 1981. The couple did not welcome any children. But she has got a step-daughter, Lindsay Russell from her current husband’s previous wife. The family is living together happily.