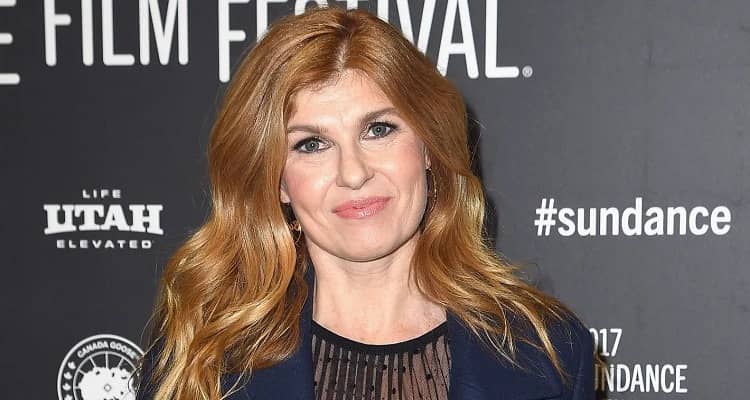 Who is Connie Britton?

Connie Britton is a well-known American actress, voiceover artist, singer, and producer who made her theatrical film debut in 1995 as Molly McMullen in the comedy-drama The Brothers McMullen. She has played Rayna Jaymes in Nashville, Tami Taylor in Friday Night Lights, Abby Clark in 9-1-1, and Nikki Faber in Spin City.

What is Connie Britton famous for?

How old is Connie Britton?- Constance Elaine Womack was born on March 06, in the year 1967, in Boston, Massachusetts, the United States. Her current age is 55, and her zodiac sign is Pisces.

Her father‘s name is Edgar Allen Womack, Jr., and her mother‘s name is Linda Jane. She has one sibling, Cynthia Womack. Britton’s nationality is American, and her ethnicity is mixed (Irish-German-English).

All about Connie Britton’s Career

Britton made her New York theatrical debut while at the Neighborhood Playhouse in Caroline Kava’s, The Early Girl, at The Courtyard Playhouse. Her performance was great although she was removed from the Neighborhood Playhouse because they prohibit students from seeking employment while studying. She made feature-film debut in Edward Burns’ comedy, The Brothers McMullen. After that success, she moved to Los Angeles where she appeared in numerous TV shows and movies such as; Ellen, Pins and Needles, Spin City, The Next Big Thing, and so many others.

From 2006, she co-starred alongside Kyle Chandler in the drama series, Friday Night Lights. The series lasted for five seasons up to the 9th of February 2011. Additionally, she co-starred alongside Carla Gugino and Adrianne Palicki in the comedy, Women In Trouble. In 2010, together with Jackie Earle Haley, Kyle Gallner and Rooney Mara, a remake of, A Nightmare on Elm Street, was made. In 2011, she starred in the first season of the horror drama, American Horror Story.

On March 6, 2012, she signed on to star in the musical drama series, Nashville, which ran for six seasons from October 10, 2012, to July 26, 2018. In 2012, she co-starred with Edward Burns in the comedy-drama, The Fitzgerald Family Christmas, and co-starred with Steve Carell and Keira Knightley on, Seeking a Friend for the End of the World. She went on to co-star in many other films like The To Do List, Angels Sing, This Is Where I Leave You, and the comedy-drama, Me and Earl and the Dying Girl.

Connie has been nominated for several awards and has won three of them. They are as follows; Best Actress – Television Series Drama in the 2010 Satellite Awards, Star of the Hall of Fame in the 2011 Texas Hall of Fame ceremony and the Muse Award in the 2010 New York Women in Film and Television Awards.

Is Connie Britton single?- Connie Britton met investment banker John Britton at Alpha Delta House after her Dartmouth College graduation. The couple relocated to Manhattan in 1989 and married in 1991. The pair legally divorced in 1995. In November 2011, she adopted a boy from Ethiopia named Eyob “Yoby” Britton (born January 25, 2011).