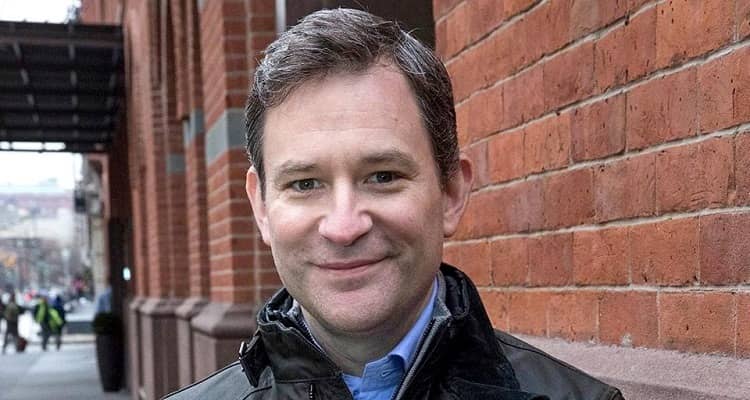 Dan Harris is a famous American journalist who presently works for ABC News as an anchor for Nightline and a co-anchor for Good Morning America on weekends. Additionally, he also hosts the game show 500 Questions, taking over from Richard Quest on March 1, 2016. He was also a regular contributor to ABC shows such as 20/20 and World News Tonight, which he co-hosted with David Muir. In addition, he has reported on a variety of stories from throughout the world.

What is Dan Harris famous for?

How old is Dan Harris?- Daniel B. Harris was born on July 26, in the year 1971, in Newton, Massachusetts, in the United States. Currently, his age is 50 years old, and Leo is his zodiac sign.

His father‘s name is Jay R. Harris, who is the chairman of the Radiation Oncology residency program at Havard University and his mother‘s name is, Nancy Lee Harris, who is a pathologist at Massachusetts General Hospital in Boston and an expert on lymphomas. He has one sibling, Matthew Charmicael Harris who is a venture capitalist. Harris’s nationality is an American and Caucasian ethnicity.

Talking about Harris’s education history, he graduated in 1993 from Colby College in Waterville, Maine.

All about Dan Harris’s Career

Harris started his career as a news anchor for WLBZ in Bangor, Maine. He subsequently spent two years as an anchor and political reporter at WCSH in Portland, Maine. He worked as an anchor for New England Cable News from 1997 until 2000.

In the year 2000, he joined ABC News. From 2006 to 2011, he hosted World News Sunday, and he currently hosts World News, ABC World News Tonight weekend versions, and Nightline. He also contributes frequently to World News. In September 2005, he also hosted ABC’s coverage of Hurricane Katrina. In October 2010, he was designated the new weekend co-anchor of Good Morning America. Similarly, he was named Nightline co-anchor, following Bill Weir in October 2013.

In addition to covering a variety of natural catastrophes and several mass shootings, as well as reporting from multiple conflict zones, Harris has spearheaded the network’s coverage of religion, particularly evangelicalism, and once spent 48 hours in solitary prison for a piece on criminal justice. On March 1, 2016, it was announced that Harris would replace Richard Quest as the host of the game program 500 Questions.

Harris promotes meditation and practices a method of tracking one’s breath. His “10% Happier” podcasts feature conversations with other meditators. Harris’s book, 10% Happier: How I Tamed the Voice in My Head, Reduced Stress Without Losing My Edge, and Found Self-Help That Actually Works — a True Story, was released in March 2014.

Likewise, Harris has stated that an on-air panic attack in 2004 led to his self-examination, drug abstinence, and embrace of meditation. Harris describes how he overcame the seeming conflict between meditation-induced calm and the strong competitiveness required for success as a TV news journalist in his book.

He won an Edward R. Murrow Award for his reporting on a young Iraqi guy who was given the assistance he needed to migrate to America, and he won an Emmy Award in 2009 for his Nightline documentary, “How to Buy a Child in Ten Hours.”

His alma institution, Colby College, and the Massachusetts College of Liberal Arts both bestowed honorary doctorates on him.

In 2004, Harris had a panic episode on Good Morning America live. Furthermore, he became embroiled in a controversy after admitting to his drug misuse troubles in a blog post and even claiming that it was the primary reason for his panic attack.

Is Dan Harris married?– Dan Harris is married to Dr. Bianca Harris, and the couple has a son. He identifies as a Buddhist, despite the fact that he describes himself as “half-Jewish and culturally Jewish.”

How tall is Dan Harris?- Harris has a height of 5 feet 9 inches and weighs is 70Kg. Hence, Dan has black hair and hazel eyes.

In 2014, he wrote his first book, 10 percent Happier: How I Tamed the Voice in My Head, Reduced Stress Without Losing My Edge, and Found Self-Help That Really Works – a True Story.