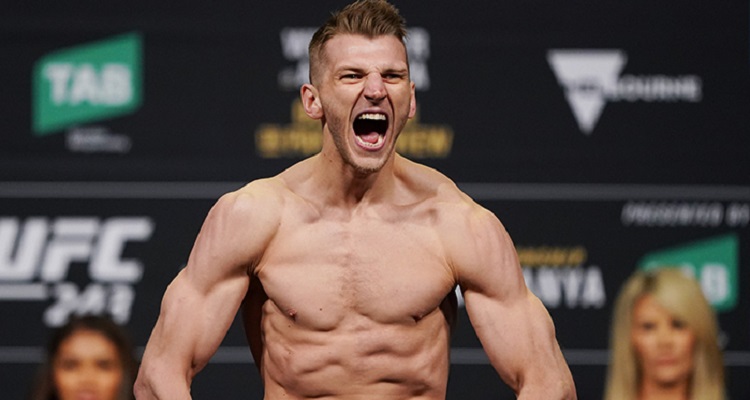 Moreover, Dan has a record of 20 wins and eight losses in his entire MMA career.  Apart from his MMA career, he is also involved in Kickboxing and has been a Middleweight Kickboxing Champion.

Dan was born on February 13. 1990 In Auckland, New Zealand. Dan belonging to Maori culture feels that family is a crucial part of life. Information regarding Dans’ parents and siblings is not available. Dan is a great defender of his family name and wants others to treat it with respect.

Dan holds New Zealand citizenship but his ethnicity is unknown.

Dan debuted his career as a kickboxer and even won the King in the Rink Middleweight Kickboxing Championship. His record is 10-4 win-loss.

He debuted on UFC on June 28, 2014, at UFC Fight Night 43 against Ian Entwistle and won the match via Technical Knockout in the first round.  He played his last match against Al Laqinta on October 6, 2019, at UFC 243 and won the fight via unanimous decision.

Dan also worked as a coach for MMA in City Kickboxing gym in Aukland since 2008 before establishing his gym named The Combat Academy in Ellerslie and trains others for MMA there.

Furthermore, he is known as “The Hangman” of the ring, Dan Hooker is one of the celebrated fighters who have carved out the position in the Ultimate Fighting Championship through a series of impressive performances.

As of January 2020, Dan has been ranked 6th in the UFC lightweight rankings. Also, for his work, he is three times Performance of the Night (UFC) and one-time Australian Fighting Lightweight Champion.

Moreover, he owns a car ISUZU.

Dan is married to Isabella Hooker. The couple tied their knot at Angsana Laguna, Phuket Island, Thailand, among family members and friends. Also, the blissful couple welcomed a lovely daughter in November 2018, whom they named Zoey.