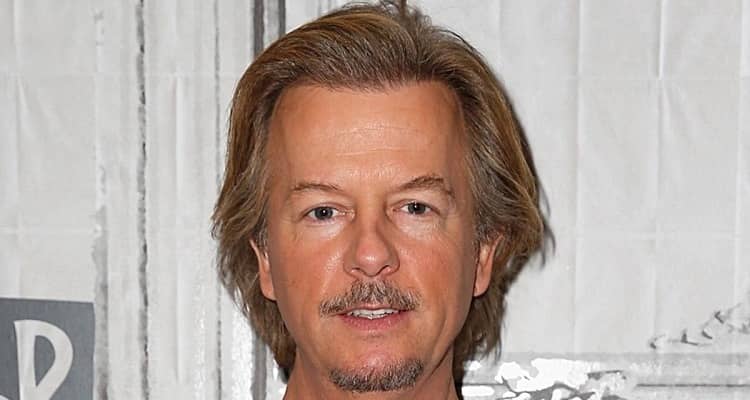 What is David Spade famous for?

How old is David Spade?- David Wayne Spade was born on July 22, in the year 1964, in Birmingham, Michigan, the United States. Currently, his age is 57 years old. His zodiac sign is Cancer.

His father’s name is Wayne M. Spade and his mother’s name is Judith M. Spade. He has two siblings, Andy, Bryan. He holds an American nationality and mixed (German, -English-Irish-German-Dutch) ethnicity.

Talking about Spade’s education history, in 1982, he graduated from Saguaro High School after attending Casa Grande Union High School. He later enrolled in Scottsdale Community College to pursue a Business degree before transferring to Arizona State University. He left soon after earning his first few credits to pursue a career as a comedian.

All about David Spade’s Career

He also performed impersonations of celebrities such as Michael J. Fox and Brad Pitt. He stayed with SNL until 1996, writing material that Dana Carvey used to perform on the show. After leaving the show, he has made guest appearances, hosting a few episodes.

In the 1995 adventure comedy ‘Tommy Boy,’ he co-starred with former SNL cast members and close friend Chris Farley. The story revolves around a socially and emotionally immature man who discovers the meaning of friendship and self-worth. He co-starred with Farley in the 1996 comedy film ‘Black Sheep.’ In the 2001 adventure comedy film ‘Joe Dirt,’ he played the title role alongside Dennis Miller and Christopher Walken.

In the 2003 comedy film ‘Dickie Roberts: Former Child Star,’ he co-starred with Mary McCormack. He played the role of a child actor who fades into obscurity as an adult. From 2002 to 2006, he was a regular in ‘Capital One’ commercials, portraying an employee of a fictional rival company whose policy on credit card rewards (and almost everything else) is “always no.” Following the death of the sitcom’s star, John Ritter, in 2004, he joined the cast of ‘8 Simple Rules.’ He portrayed ‘C.J. Barnes,’ the mischievous nephew of ‘Cate.’

He starred in ‘Rules of Engagement,’ a CBS sitcom that aired from 2007 to 2013, as ‘Russell Dunbar,’ a shallow, womanizing single friend of the main characters. Meanwhile, he provided the voice of ‘Sparx’ in the popular video game ‘The Legend of Spyro: A New Beginning’ in 2006. He co-starred with Adam Sandler and Kevin James in ‘Grown Ups 2,’ a 2013 buddy comedy film directed by Dennis Dugan and produced by Adam Sandler. He had previously appeared in the film’s prequel ‘Grown Ups.’

Is David Spade single?– David was spotted with another unidentified blonde woman in June 2018. He dated former Miss America Kelli McCarty in 1991, which was the comedian’s first high-profile romance and drew tabloid attention in 1992. She met David while appearing as a guest on Saturday Night Live. They dated for a short time before calling it quits.

In 1993, David met former Calvin Klein model and actress Jennifer Rubin. Their relationship lasted a few months as well. In addition, he dated former swimsuit model and actress Bobbie Phillips, who was landing guest roles on major prime time TV shows when she met David, who was also on a roll. The couple began dating in 1996 and reportedly split up after a short time due to their hectic professional lives.

David allegedly became Lara’s rebound in 1998, shortly after she divorced her first husband, John Patrick Dee III. Their romance ended abruptly in 1999 when Lara began dating Jack Nicholson. According to reports, the actress began seeing Jack Nicholson without informing David. In 2015, the comedian revealed that Jack proposed to Flynn in front of David while the two were smoking marijuana somewhere.

Lara, on the other hand, as opposed to the idea of going out with the veteran actor at the time. Soon after, a National Enquirer reporter called David to inform him that Jack Nicholson had been in a car accident and that Lara Flynn Boyle was with him. That incident was the catalyst for the end of all contact between David and Lara.

David began dating actress Tara Reid in 2000, shortly after the success of American Pie (1999). They allegedly split up for nearly a year. In the year 2000, David began dating Stacey Hayes, a former competitive ice skater, daily soap actress, and infomercial spokesperson. David and Stacey may have bonded over their mutual love of comedy. She frequently attempted stand-up comedy at The Comedy Store in Los Angeles. They dated for nearly a year before splitting up in 2001.

In 2001, he dated Yoga instructor and actress Krista Allen. Their romance, however, was short-lived, as they split up in 2002. She moved on and began dating George Clooney shortly after. In 2015, she sued David for a million dollars, launching a protracted legal battle.

Spade had a date with Caprice Bourret, a British model turned businesswoman, and he had a brief affair in 2002, at the height of her fame and when she had a very public social life. Caprice was casually dating several celebrities and traveling around the world, which prevented her from having a long-term relationship with him.

In 2002, David began dating actress Julie Bowen, and one of his grand romantic gestures was to have Stevie Nicks sing Fleetwood Mac’s Landslide song on Julie’s voicemail for her birthday. Julie met Scott Philips, a software developer, and real estate investor, after dating David for a year and married him in 2004.

He dated actress Brittany Daniel, whom he met as a Joe Dirt co-star (2001). They divorced amicably and reunited for Joe Dirt 2 after a long absence (2015). During the promotion of Joe Dirt 2 in 2015, the actress revealed that one of the reasons the comedian is able to date so many beautiful women is because he is kind, humble, and hilarious.

Spade admitted on The Howard Stern Show in 2004 that she dated television presenter and actress Jillian Barberie in the years between her first and second marriages. David revealed on Late Show with David Letterman in 2006 that he dated actress Heather Locklear. The comedian was allegedly her comeback date while she was going through divorce proceedings with her second husband, Bon Jovi guitarist Richie Sambora.

Spade met Carmen Electra, an actress, glamour model, singer, and dancer, at the Teen Choice Awards in 2006, the same year she divorced her second husband, famous guitarist Dave Navarro. They were romantically linked once more in 2008 when they were spotted together at a New Year’s Eve party in Las Vegas.

From 2007 to 2008, David was in a public relationship with Australian actress Nicky Whelan. They were frequently seen together on the red carpet. When Spade and former Baywatch star Pamela Anderson arrived together at Jet nightclub in Mirage Resort, Las Vegas, in 2007, the paparazzi took notice.  Jillian Grace, a former Playboy model, revealed that although she only dated David for a few months in 2007, the comedian seriously considered having children with her. She gave birth to a daughter named Harper, who was fathered by Spade, in 2008. David took an active role as a father after taking a paternity test.

From 2008 to 2009, former Desperate Housewives TV star Nicollette Sheridan reportedly had a casual romance with David. On The Ellen Degeneres Show, she denied dating the comedian, but Spade responded in an earlier episode of the same talk show that Nicollette probably hangs out with him to kill time and their involvement should not be considered dating.

In June 2010, the comedian dined with the model, actress, author, and TV host Padma Lakshmi at Koi in Los Angeles. On his 47th birthday in 2011, Spade was seen on a date with the model, actress, and reality star Jasmine Waltz. Before marrying Brody Jenner, son of former Olympian Bruce Jenner and actress Linda Thompson, the paparazzi caught novelist and entrepreneur Kaitlynn on a lunch date with Spade in 2012.

Spade’s relationship with former Glee star, actress, and singer Naya was revealed when the two were spotted getting intimate in Hawaii during a vacation in the summer of 2017. She left the comedian in the second half of 2017 to try to reconcile with Ryan, only to finalize their divorce in June 2018.

How tall is David Spade?- Spade has a height of 5 feet 7 inches and weighs is 65Kg. Hence, David’s hair is light brown, and has blue eyes.