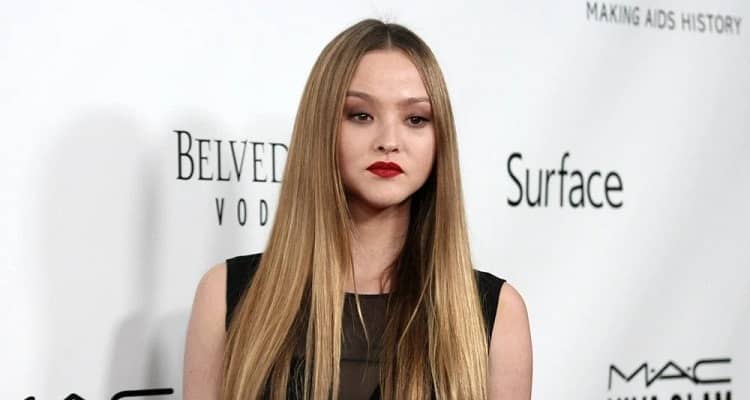 Who is Devon Aoki?

Devon Aoki is a well-known American actress and model best recognized for her performances in films such as DOA: Dead or Alive, Mutant Chronicles, Suki in 2 Fast 2 Furious, and Sin City.

What is Devon Aoki famous for?

How old is Devon Aoki?- Devon Edwenna Aoki was born on August 10, in the year 1982, in New York City, New York, the United States. Her current age is 40, and her zodiac sign is Leo.

Talking about Aoki’s education history, she went to The American School in London.

All about Devon Aoki’s Career

Aoki was recognized at a Rancid event and ended up doing her first shot for an Interview magazine feature. The same year, her grandma introduced her to Kate Moss, a prominent English model, and entrepreneur. Her modeling career developed as she worked for major fashion labels such as Balenciaga, Comme des Garçons, Chanel, Versace, Yves Saint Laurent, Kenzo, and Hugo Boss, either walking for them or starring in their advertising campaigns. She also worked on advertising campaigns for cosmetic companies L’Oreal and Lancome, as well as jewelry and specialty shop Tiffany & Co.

She also began to feature on the covers of international fashion magazines such as Nylon (US), Wonderland (UK), CosmoGirl (Korea), Jalouse (France), Russh (Australia), Harper’s Bazaar (Japan), and Her World (Malaysia). Furthermore, she has been on the cover of Vogue magazine in several countries throughout the world, including Germany, Russia, Japan, and Korea.

In 2007, she collaborated with the American apparel giant Levi’s to produce a capsule collection for the business’s Asian market called Levi’s + D. Additionally, Aoki collaborated with a number of solo artists and bands, appearing in music videos for their songs.

In 1997, she worked on music videos for Electric Barbarella and Kowalski with English band Duran Duran and Scottish rock band Primal Scream. A few years later, in 2003, she collaborated on music videos for American musicians Ludacris and Ginuwine’s songs, Act a Fool and In Those Jeans, respectively.

In 2006, she appeared in a few music videos once more. Dead Meat by British American singer and songwriter Sean Lennon and Bones by American rock band The Killers are two examples. In 2013, her collaboration with the latter culminated in another song video, Just Another Girl.

She appeared in the video for M.I.L.F. $, a song by American singer-songwriter Fergie, in 2016. Finally, in 2018, she worked on a video for her half-brother, American music executive and record producer Steve Aoki’s song Waste It On Me, Steve Aoki. Her debut film, Death of a Dynasty, was released in 2003, and the following year, she played Suki in 2 Fast 2 Furious.

She also starred in the 2015 documentary and biography Jeremy Scott: The People’s Designer and the 2016 documentary I’ll Sleep When I’m Dead as herself. Devon has recently walked the catwalk for Moschino (2017) and Jeremy Scott (2018), as well as worked on commercial campaigns for Sephora x Moschino, Hugo Boss (both in 2017), Moschino Fragrance, Nordstrom, and Swarovski (all in 2018). Aoki was also featured in an American Vogue pictorial in 2018, and Harper’s Bazaar magazine included her in their Bazaar Icons 2019 edition the following year.

Is Devon Aoki married?-Devon Aoki proposed to businessman James Bailey in January 2011, and the couple eventually married. Her representative also disclosed that she was expecting a child. Devon gave birth to a boy, Hunter, in June 2011. They welcomed a baby girl into their family in February 2013. They have two additional daughters.

Devon had an affair with Rick Salmon, a well-known fashion photographer who is also a womanizer. In addition, in 2001, she was in a relationship with Bahamian-American musician and actor Lenny Kravitz. Lenny dumped her the same year he had his sights set on another beauty, Adriana Lima. Damon Dash, a music producer, and actor, dated Aoki. According to some stories, they began dating after becoming close on the sets of the comedy film Death of the Dynasty (2003).

How tall is Devon Aoki?- Aoki has a height of 5 feet 5 inches and her weight is 50Kg. Her body measurement is 33-23-34 inches, and her bra size is 32A. Hence, Devon has light brown hair and hazel eyes.