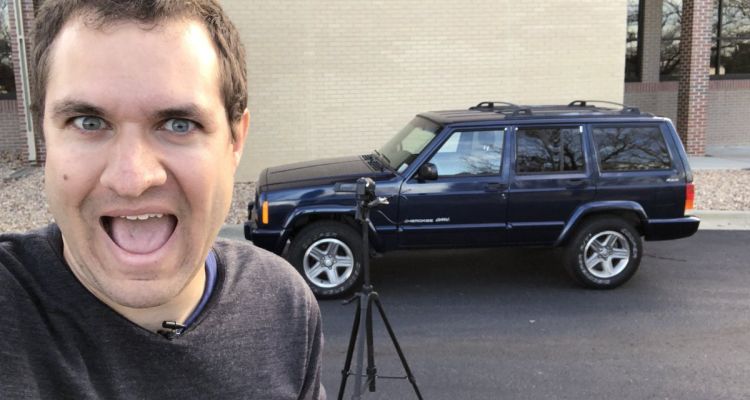 Doug DeMuro’s height and weight information is not available.

Doug DeMuro is a blogger and YouTube personality who is best known for his automotive-themed blog, “PlaysWithCars.” He also documents various aspects of the industry on his self-titled YouTube channel. He frequently posts vlogs and reviews, various car models, on the channel. In 2013, he began uploading videos to YouTube and began writing books, and contributing to automotive websites.

He was born on 22 May 1988 in Colorado, United States of America, and later relocated to Philadelphia, Pennsylvania, where he now resides.

Doug graduated from George Washington High School and enrolled at Emory University in Atlanta.He supplemented his income during his time there by working as a Sales Consultant for Decatur and a Customer Service Technician for Ferrari. He studied and earned a degree in economics before joining Porsche’s corporate headquarters.

All about Doug DeMuro’s Career

He was in charge of vehicle allocation at their North American headquarters, overseeing the vehicle’s distribution throughout the country. Additionally, he was responsible for retail forecasting, sales, and order management, and acted as a direct backup to the manager of vehicle distribution. He has also worked as an Intern in Dealer Business Development and as a Vehicle Allocation Specialist. He began writing about the automotive industry during his time there, and his popularity grew along with his net worth as he became involved with various magazines and websites, including Jalopnik. Additionally, he contributed to AutoTrader and The Week. He eventually quit his job in order to pursue his writing career.

DeMuro published his own satirical automotive book, “Plays With Cars,” in 2013 through a variety of national literary outlets, followed by another book, “From My Perspective,” a day later. A few months later, he launched his YouTube channel and continues to contribute to the industry through writing and videos. He is also a frequent guest on Matt Farah’s podcast “The Smoking Tire.”

Doug frequently writes humorous car reviews, features, and industry news. Additionally, he writes about races, challenges, and personal experiences. He owns numerous automobiles, the oldest of which is a 1993 Mercedes-Benz 500E. A 2001 Audi A4 2.9 Quattro Sedan, a 2006 Lotus Elise, a 1995 Range Rover Classic, a 2011 Cadillac CTS-V wagon, and a 1997 Dodge Viper GTS are also included. In 2017, he appeared in Jay Leno’s television documentary series “Jay Leno’s Garage.”

DeMuro’s reviews, whether online or in print, have elicited a mixed response from readers. While the majority of his fans agree with him, he has a habit of making strong statements in order to promote or criticize a particular car model, which frequently sparks debate in the online community.

Doug DeMuro’s net worth is unknown. As of early-2022, sources estimate that she has a net worth of $400,000, which she earned primarily through a successful career as a writer and YouTuber. Additionally, he has appeared as a guest on YouTube and collaborated with other personalities. As he advances in his career, it is expected that his wealth will increase as well.

According to reports, Doug married in 2017, but no details about the wedding or his wife are available.

DeMuro maintains a high level of activity on social media, posting several videos per week that average over 900,000 views and frequently feature a different car. “Here’s a Tour of a $3 Million Ferrari Enzo,” “The Genesis G90 is a $75,000 Hyundai Luxury,” and “This V12 Mercedes CL65 AMG Is an Insane $30,000. His most popular videos have accumulated over 5 million views, including “Here’s Why the BMW i8 Is Worth $150,000,” “Here’s Why the Tesla Model X Is an Awful Car,” and “Here’s Why the 2017 Ford GT Is Worth $500,000.” His most popular videos frequently feature supercars or expensive automobiles. His subscriber base has increased to more than 1.4 million.

Apart from YouTube, Doug maintains a strong presence on Twitter, where he has amassed over 56,000 followers. He frequently promotes his most recent videos and also posts about cars he comes across while working. His Instagram account has over 58,000 followers and is primarily comprised of images of himself traveling, with only a few images devoted to automobiles. He also has a Facebook page with over 30,000 followers that features content similar to what he posts on Twitter. Doug also maintains a personal website – DougDeMuro.com – which serves as a platform for promoting his books, videos, and articles, as well as a means of contacting him. Additionally, the website includes links to his recent articles, indicating that he has recently shifted his focus away from writing and toward video work.