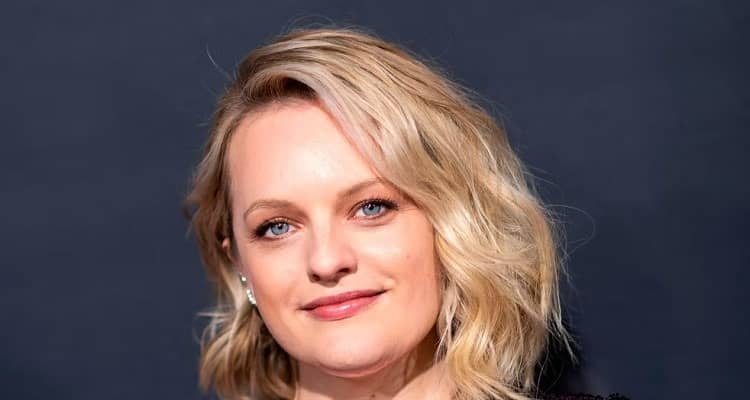 Elisabeth Moss is a well-known American actress who is most recognized for her work on the TV shows The West Wing, Mad Men, Top of the Lake, and The Handmaid’s Tale. She became known as “The Queen of Peak TV” thanks to all of these roles, and they also helped her win numerous accolades, including Golden Globe and Emmy Awards.

What is Elisabeth Moss famous for?

How old is Elisabeth Moss?- Elisabeth Singleton Moss was born on July 24, in the year 1982, in Los Angeles, California, the United States. Currently, her age is 38 years old and Leo is her zodiac sign.

Talking about Moss’s education history, she first enrolled at the Kennedy Center in Washington, D.C., with Suzanne Farrell to study dance at the School of American Ballet. Later, she received home instruction and graduated in 1999.

All about Elisabeth Moss’s Career

Moss started performing as “Zoey Bartlet,” one of her most renowned roles, on the television program “The West Wing” in 1999. In the fourth season of the show, her character plays a crucial role in the plot. She portrayed a mental hospital inmate in a supporting role in James Mangold’s 1999 film “Girl, Interrupted”

In Ron Howard’s western-themed thriller “The Missing” from 2003, she had a supporting part. She appeared in the horror series “Invasion” from 2005 to 2006. Additionally, she also acted in the indie drama “Day Zero” and the horror movie “The Attic” directed by Mary Lambert in 2007. Moss made her Broadway debut in the 20th anniversary revival of David Mamet’s “Speed the Plow” in October 2008.

Elisabeth played Sarah Jessica Parker’s on-screen companion in the comedy “Did You Hear About the Morgans?” in 2009. She had an appearance in the comedy “Get Him to the Greek” the following year. In Lillian Hellman’s play “The Children’s Hour,” she made her “West End” debut in 2011 as “Martha Dobie.”

Moss also portrayed investigator “Robin Griffin” in the “Sundance Channel” miniseries “Top of the Lake” in 2013. She performed as “Heidi Holland” in the Broadway production of “The Heidi Chronicles” in March 2015. Elisabeth starred as a crazy woman in Alex Ross Perry’s psychological suspense film “Queen of Earth” from 2015, which he also co-produced and directed.

The British dystopian thriller drama “High-Rise” featured her in a supporting role that same year. Then, she had a cameo in the biographical sports drama movie “Chuck” from 2016. In the biopic “Mad to be Normal” on Scottish psychiatrist R. D. Laing the next year, she portrayed “Angie Wood.”

In the dystopian drama series “The Handmaid’s Tale,” Moss began as “June Osborne” in 2017. She had appearances in acclaimed films like “Her Smell” and “The Old Man & the Gun” in 2018. Moss also portrayed “Masha” in the adaptation of Anton Chekhov’s play “The Seagull” that same year. Likewise, she starred in movies including “Light of My Life,” “Us,” and “The Kitchen” in 2019.

They announced their engagement in January 2009, and in Long Island City, New York, they wed in October 2009. But somehow, their separation occurred in June 2010. Elisabeth filed for divorce in September 2010, and on May 13, 2011, it became official.

How tall is Elisabeth Moss?- Moss has a height of 5 feet 3 inches and her weight is 53Kg. Her body measurement is 29-22-33 inches and her bra size is 34B. Hence, Elisabeth has light brown hair and blue eyes. Similarly, her dress size is 4 (US) and shoe size is 7 (US).