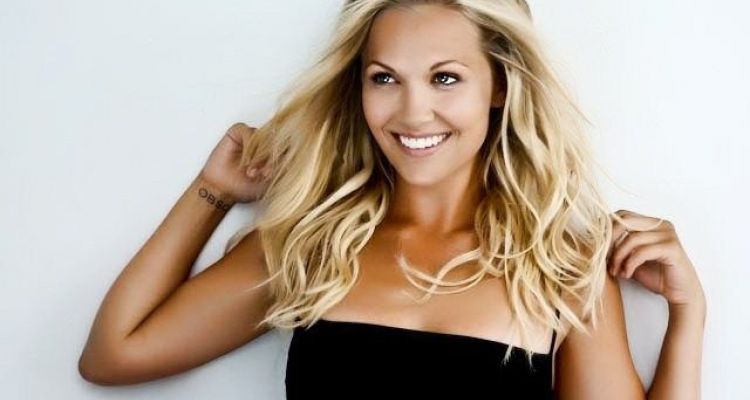 Emilie Ullerup is a Danish award-winning actress who rose to prominence after portraying Ashley Mangus in the TV series “Sanctuary” (2008-2010), as well as Astrid Poulsen in the TV series “Arctic Air” from 2012 to 2014, among other roles.

She was born in Copenhagen, Denmark, on October 27, 1984. She is the daughter of Ove Ullerup-Petersen, a Lord Chamberlain for the Danish Royal Family, however there is no information regarding her mother or whether Emilie is a single child or has siblings.

Emilie completed high school in Copenhagen before moving to Vancouver, British Columbia, Canada, where she enrolled at the Vancouver Film School and graduated with a bachelor’s degree in 2005.

All about Emilie Ullerup’s Career

Emilie’s acting career began in 2006, when she played Julia in a few of episodes of the action-adventure series “Battlestar Galactica.” Emilie continued to play lesser roles until 2007, when she landed the role of Ashley Magnus in the TV miniseries “Sanctuary,” which was later turned into a TV series that aired from 2008 to 2011, with Emilie appearing in 20 episodes between 2008 and 2010.

Emilie’s role as Ashley opened many opportunities for her, and she went on to play Kaitlin Joyce in the TV comedy-drama series “jPod” (2008), then Aliza in the TV mini-series “Riese” (2009-2010), and finally, in 2011, she played alongside Patrick Spencer in the romantic comedy-drama film “Complexity.”

She was cast as Astrid Poulsen in the TV drama series “Arctic Air” (2012-2014) in 2012, and then moved on to film and television film roles, securing an exclusive contract with the Hallmark channel.

As a result, from 2016 to 2019, she starred in a number of films, including the four-film “Signed, Sealed, Delivered” franchise, “Hearts of Christmas”, “Sleepwalking in Suburbia”, “With Love, Christmas“, “Christmas Bells are Ringing”, and “Winter Castle”.

She also played Stephanie in the 2016 action thriller “True Memoirs of an International Assassin,” starring Kevin James, Kim Coates, and Maurice Compte, as well as Bree O’Brien in the TV family drama “Chesapeake Shores” (2016-2018). Emilie’s most recent films include “Extracurricular” (2018), a horror film, and “Stalked by My Doctor: A Sleepwalker’s Nightmare,” a thriller (2019).

Emilie has been in around 50 films and television shows since she began her career, all of which have contributed significantly to her wealth.

Ullerup’s net worth has been reported to be as high as $2 million, according to credible sources, which is very remarkable.

Her net worth will undoubtedly rise in the next years, if she maintains her current level of accomplishment.

Although this well-known actress has not been very forthcoming with such information, we have discovered some fascinating facts about her.

Emilie is married, and her spouse is Kyle Cassie, a photographer, actor, and filmmaker. Since 2016, the couple has been married.

Her official Instagram page has over 30,000 followers, with whom she has shared not only her recent professional accomplishments, but also some photos from her personal life, such as this one of her furry buddy.

Emilie is also highly active on Twitter, where she has over 13,000 followers, and has utilized her celebrity to offer her own thoughts and opinions on current issues throughout the world, such as gun violence in the United States, among other topics.

Emilie may also be found on Facebook, where she has over 11,000 followers and has used the platform to promote her career.