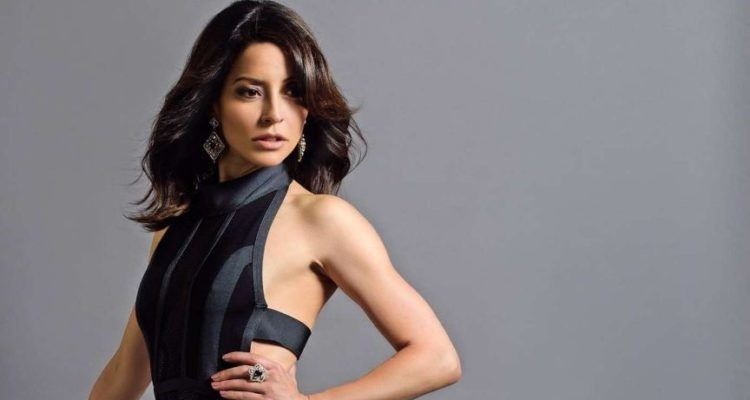 Emmanuelle Vaugier is a Canada based actress. She is also a former model. Appearing in more than 30 movies and countless TV shows, Emmanuelle proved her talents. Her variations of acting skills are highly praised and recognized.

Emmanuelle Vaugier was born on June 23, 1976, in Vancouver, Canada. She was the daughter of a French immigrant and Roman Catholic. Her parents’ names are unknown but she has an elder brother named Jason Vaugier. She joined a girl’s private school Crofton House School and after few years was shifted into Magee Secondary School.

During her high school, she started modeling and then tried acting in 1995 with a TV movie A Family Divided. After that, her career never stopped as she was seen in several movies and TV shows. She is also related to video games like Need For Speed: Carbon (2006), Dying Light (20150, and Hellraid (20150.

Emmanuelle Vaugier is an exceptional actress and a model. Her modeling career was started during high school. Then in 1995, she put her foot on acting with A Family Divided. Her list of TV appearances is lengthy. Her roles in CSI: NY, Two and a Half Men, Smallville, Human Target, and  Lost Girl were very much loved by audiences.

In the TV show, Smallville (2002-2003) She was seen playing the role of Dr. Helen Bryce. Her character was loved and appreciated by the audience. This role gave Emmanuelle an identity and boosted her career.

Besides Emmanuelle’s passion for acting, she is also very fond of animals. She has two pet canines, Lily and Isabelle. Her love for animals leads her to start a fundraiser program called Fluff-ball.

This program helped in the collection of finance to support the development of animals. All the collected money is sent to the organization such as JIMI’S Angels and Best Friends Animal Society. These organizations protect and look after animals.

Along with Emmanuelle Vaugier’s amazing professional life, she also has an interesting love life. She has dated a total of four guys. Her first date was Jason Gray in 1997. He is a Canadian actor and they both were together till 2005. After him, Emmanuelle dated Josh Cooke an actor and musician. Their relationship started in 2007 and ended in 2010.

In the same year i.e., 2010, Emmanuelle found her third love, Chuck Lorre a famous writer and producer. Their affair ended in 2012 when Chuck was caught cheating on Emmanuelle.

“She was away for a month working in Vancouver, and heard from a friend that Chuck had been spotted out with another woman. She confronted him about it when she got back, and he eventually admitted to it,” the source said, adding, “she’s hurt, devastated. She never saw it coming.”

Emmanuelle is currently 42 years old and seeing 58 years old actor Sean Pen. They first met in 2015 at an Oscar award dinner. Besides, their age difference, this couple is highly in love with each other.

Emmanuelle Vaugier is one fine actress in the acting industry. Her 5 ft 6 inches height with black hair and light brown eyes mesmerizes everyone. Her body weight is around 50 kg. As for her slim body structure, she has got a measurement of 32-23-33 inches.

Emmanuelle Vaugier has appeared in lots of movies plus TV series. Her modeling career was also quite well. So far she has a total net worth of $5 million. Her salary is unknown but we can say she is living a fabulous lifestyle.

After performing so many different roles, this Canadian actress sure has lots of fans. Her social networking sites are loaded with fans. On Emmanuelle’s Instagram account, she has around 31k followers and her Twitter account has approx 34.9k followers. She is also followed on Facebook with more than 15k fans.

Emmanuelle also has her website http://www.emmanuellevaugier.com/. In it, her biography is available with her latest photos and videos. One can also find information about her charity events and many more.