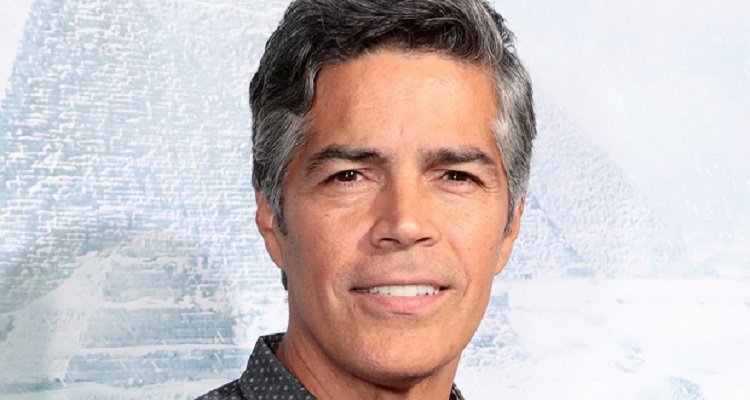 Esai Morales is an American actor and he is famous the role of Lt. Tony Rodriguez on ‘NYPD Blue’, as Camino del Rio in the Netflix original series ‘Ozark’ and as Joseph Adama in the science fiction television series ‘Caprica’.

He was born on October 1, 1962, in New York City, USA. His birth name is Esai Manuel Morales, Jr. and he is currently 56 years old. His father’s name is Esai Morales, Sr., and his mother’s name is Iris Margarita. His father was a welder and his mother was a union activist involved with the International Ladies’ Garment Workers’ Union. His parents divorced when he was a child.

He studied acting from the School of Performing Arts in Manhattan. He was interested in acting after he saw Al Pacino in ‘Dog Day Afternoon’.

His first name is often used in crossword puzzles it had been used as a crossword answer over 100 times in American papers between 1994 and 2016.

Esai holds American citizenship and his ethnicity is Peurto Rican.

He initiated his career working in a theatre and television in New York. He debuted his film career from the movie ‘Bad Boys’ in 1983 which is about rival teenagers sentenced to a juvenile correction facility. In 1986, he appeared as Rashid in ‘On Wings of Eagles’, and as Neekos Valdez in ‘Rainy Day Friends’. He appeared in ‘Miami Vice’, ‘The Equalizer’, and in ‘24’.

He portrayed the role of Bob Valenzuela who is the real-life ex-convict and biker half-brother of 1950s rock and roll singer Ritchie Valens in ‘La Bamba’ in 1987 and played Nicholas Walker in ‘Ultraviolet’ in 1992. He has reflected his solo-political interest in some of his roles in movies like ‘The Burning Season’ in 1994, ‘My Family/Mi Familia’ in 1995, ‘The Disappearance of Garcia Lorca’ in 1997, ‘Southern Cross’ in 1999.

He portrayed the role of Charles in ‘Don’t Do It’ in 1994 and the same year, he appeared as Sgt. Stern in ‘In the Army Now’. After two years, he appeared as Collin in ‘Livers Ain’t Cheap’ Murrow in ‘Dog Watch’ and as Astor in ‘Scorpion Spring’.

In 2000, he portrayed the role of Jim the Director in the movie ‘American Virgin’, as Nickens in ‘Spin Cycle’ and as Mike in ‘Doomsday Man’. He played in the film ‘American Fusion’ in 2005 and joined the cast of the FOX series ‘Vanished’ as FBI agent Michael Tyner on June 19, 2006. He appeared as a Cuban shopkeeper in an episode of the USA Network drama series ‘Burn Notice’. He made his appearance as in all seven episodes of the second season of the CBS drama ‘Jericho’ as Major Edward Beck and in ‘Kill Kill Faster Faster’, a film noir based on the novel of the same name by Joel Rose in 2008. In the same year, he portrayed the role of Pelon in the film ‘La Linea’ and after a year, he appeared as Wes in ‘Cherry’ and Natas in ‘King of the Avenue’.

He portrayed the role of Enrique in ‘Gun Hill Road’ in 2011, Principal Jose Martin in ‘Playin’ for Love’ in 2013, Captain Jones in ‘Jarhead 2: Field of Fire’ in 2014, Mr. Santillan in ‘Spare parts’ in 2015. For the role of Mr. Santillan, he was nominated for Imagen Foundation Award in the category Best Supporting Actor’. His recent roles include Adalberto Gonzalez in ‘Superfly’ and as Francisco Calderon in ‘Rise of the Avengers’ in 2018. And he has been playing the role of Jorge Castillo in the TV series ‘How To Get Away With Murder’ since 2016.

He has a height of 5 ft. 10 inches. Esai has got dark brown eyes and black hair.

He has an estimated net worth of around $2 million and his main source of income is from his film roles and television roles.

He has been married to his longtime girlfriend Elvimar Silva since May 20, 2010. The couple welcomed a daughter, Mariana Oliveira Morales on September 24, 2010. He considers his wife as the major source of inspiration and the couple is living their blissful life as there is no sign of divorce between them.