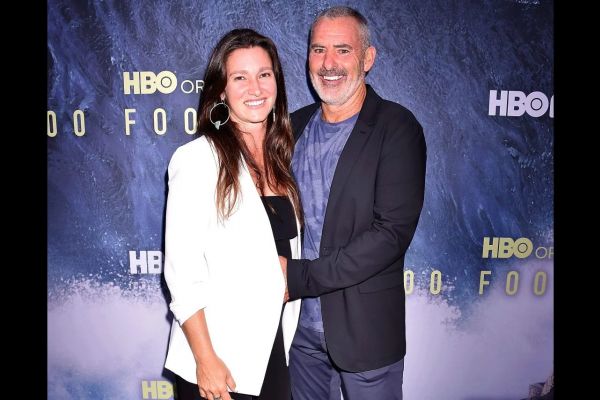 The voyage of renowned worldwide surfer Garrett McNamara to the Portuguese village of Nazaré, where he intends to surf a 100-foot wave, is followed in the new HBO Max docuseries 100 Foot Wave. Nazaré is unique to surfers for a variety of reasons.

He not only set two world records there but he also got married to Nicole McNamara there. Many people who are passionate about environmental problems find encouragement in Garrett McNamara’s wife, Nicole Macias McNamara.

She has raised awareness and shown many people how to actively support initiatives to conserve the oceans and stop garbage pollution. This Nicole McNamara wiki should give her more attention.

May 2, 1987, saw the birth of Nicole Macias. Rose Macias, Nicole’s mother, is a native of New Jersey who now resides in Florida with her husband.

Nicole revealed that her father was a boat captain and a surfer in a 2019 interview. He shared his convictions and knowledge with Nicole because he was similarly adamant about environmental protection.

Career and Education of Nicole McNamara

The University of North Florida awarded Nicole Macias McNamara a Bachelor of Science in community health, and Nova Southeastern University awarded her a Master of Education in environmental science. Through the American Institute of Vedic Studies, she also earned certification as an Ayurvedic lifestyle consultant.

Initially, Nicole worked as a high school environmental science teacher and a middle school teacher. On the side, she also instructed yoga.

Nicole and her family have been committed to environmental initiatives in recent years. Garrett McNamara’s manager is Nicole, and the two of them travel the world together while Garrett competes in surfing competitions and promotes the need to protect marine life and reduce waste.

Nicole’s advocacy comes from within. Her father instilled in her a respect for the environment, and she eats vegan food. Although she doesn’t limit her kids’ food choices to vegan ones, they live a primarily plant-based lifestyle.

Nicole shares healthy cooking techniques and recipes on her platform. Nicole and Garrett both use social media and their charitable endeavors to raise awareness about conservation.

In an Instagram post, the surfer stated that he first met the former Nicole Macias in 2010. He had at least one marriage at the time and was a father of three.

At Praia do Norte in Nazaré, Portugal, McNamara twice smashed the record for the biggest wave ever surfed, first in 2011 and then again in 2013. Its stunning cliffside is where Nicole Macias and Garrett McNamara exchanged vows in November 2012.

Children of Nicole and Garrett McNamara

Garrett’s prior relationships resulted in three children. Ariana, his oldest daughter, was conceived while he was still married to Konnie Pascual-McNamara. Both their daughter Tiari and son Titus are surfers.

Garrett McNamara and Nicole McNamara are the parents of two kids. Barrel, their son, was born in August 2014. Theia was born to them on April 16, 2018.