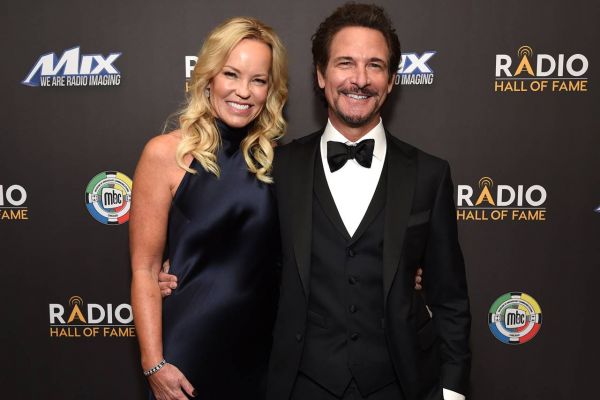 You’ve probably heard of Jim Rome if you’re a sports fan or athlete. He’s been in the world of sports media for many years with his popular radio broadcast, The Jim Rome Show, on CBS Sports Radio. Aside from his few controversy-courting episodes, he is also well-known in the equestrian world.

Jim Rome and his wife, Janet Rome, are well-known thoroughbred racing figures who have owned several winning horses. While the spotlight is normally on Jim, it’s time to shine it on his wife and family on Janet Rome’s page, right here.

Janet Hagman, born on May 30, 1959, to Betty and Lynn Hagman, grew up in Long Beach, California, with her brothers Craig and Jeffrey Lynn Hagman.

Lynn Hagman grew up in Long Beach, California, after moving there as a child from South Dakota. In 1950, he met and married Betty June Lucas, with whom he had three children, Janet, Jeffrey, and Craig.

Lynn was an infantry officer in the United States Army during World War II and the Korean War. He was a carpenter and construction genius who had worked on local building projects before joining the Army.

He died in November of 2017. Lynn is survived by his wife and children as well as grandchildren through Craig’s marriage to Janet Rasmussen and Janet’s marriage to Jim Rome. Jeffrey, his son, died before him.

Janet and Jim are the parents of two children

He began his radio career in college and rose to prominence in the 1990s with his divisive views and the occasional scandal. He was in a relationship at the time with Janet Hagman, who worked in the radio industry in San Diego.

They married in July 1997 and have been married for over 20 years. Janet and Jim have two boys, Jake and Logan. Jake and Logan grew up in Irvine, California, where they both played high school baseball.

Jake attends college in Wisconsin and will graduate in 2023. Logan, on the other hand, is still in high school.

In his early career, Jim often poked fun at the thoroughbred racing sport. But Hall of Fame jockey Kent Desormeaux changed his mind when he came on his show multiple times.

Jim is now not only an ardent participant in thoroughbred racing, but he also owns prize-winning horses. As co-owners of their racing stable, Jungle Racing, Janet and Jim have bought and raised champions like Mizdirection, Gypsy Robin, and the one-time top racehorse in the world, Shared Belief.

While Jim’s thoroughbred dream was kindled later in life, Janet has a connection to the sport that goes way back.

“Growing up in Long Beach, Calif., approximately once a year my parents would take my brothers and myself to Los Alamitos and Santa Anita Park,” said Janet of attending the famous Californian thoroughbred racetracks. “I recall how exhilarating it was to watch the horses rush past. I didn’t truly comprehend Thoroughbred racing until I was in the radio broadcasting industry in San Diego. I would go with pals from the Noble Broadcast Group to Del Mar a few times during the season and we would have such amazing moments.”