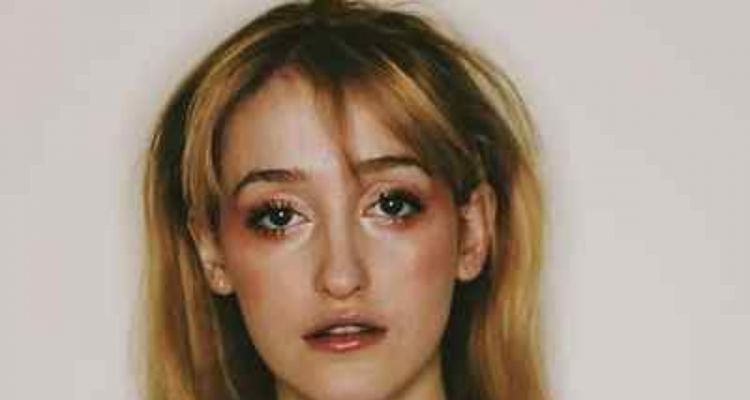 Gus Birney is an actress best known for her role in the Spike television series “The Mist.” Throughout her career, she has also worked on other popular shows, including “Chicago Med” and “Jessica Jones.” Since the 2010s, she has been involved in the entertainment industry.

Gus Birney was born in New York City on 27 July 1999. Gus grew up surrounded by acting exposure, knowledge, and experience, as both of her parents are successful actors. Her father is Reed Birney, a stage actor best known for his work on Broadway and off-Broadway productions. He won a Tony Award for his performance in Stephen Karam’s one-act play “The Humans” in 2016 and was a finalist for the Pulitzer Prize for Drama. Additionally, his performance earned him a Drama Desk Award, which he has won three times throughout his career.Her mother is Constance Shulman, who is best known for her role as Yoga Jones in the Netflix series “Orange is the New Black.” Additionally, she created the role of Annelle in the play “Steel Magnolias.” She is also well-known for her role as Patti Mayonnaise in the animated series “Doug.”

All about Gus Birney’s Career

Gus began her acting career, following in the footsteps of her parents, by appearing in numerous commercials – little is known about her childhood or education prior to this point. In 2015, she garnered some attention when she appeared as a guest star on “Chicago Med.” The series is the third installment in the “Chicago” franchise, following the fictional Gaffney Chicago Medical Center’s emergency department doctors and nurses. The show has aired four seasons to date, with a fifth scheduled to premiere in late 2019.

Following her tenure there, she was cast in another minor role in the Netflix series “Jessica Jones,” which is based on the Marvel Comics character of the same name and takes place in the Marvel Cinematic Universe (MCU). It is the second installment in a series of shows that culminated in the miniseries “The Defenders.” The show follows Krysten Ritter’s titular character as she establishes her own detective agency. The show aired for three seasons before Netflix decided to cancel it.

Gus’ popularity skyrocketed in 2017 when she began portraying Alex Cunningham on Spike TV’s “The Mist.” The science fiction horror series is based on Stephen King’s novella of the same name. It follows several characters as an unusual and unexpected mist begins to cover a town, reducing visibility to almost nothing. Survivors quickly discover that anomalies, creatures, and phenomena occur within the mist, ultimately killing those who enter. The show ran for ten episodes before being canceled.

Among her most recent endeavors is the show “Darcy.” The film, which was released in 2019, follows a teenage girl who lives with her parents in a seedy motel on the outskirts of town, where she meets an unusual stranger. It is a coming-of-age story with Johnathan Tchaikovsky and David Thornton also starring. Additionally, she has been cast in the comedy series “Dickinson,” which was created for Apple TV+. The title of the show alludes to the time period of nineteenth-century poet Emily Dickinson, though it has a decidedly modern tone and sensibility. Hailee Steinfeld stars as the show’s titular character.

Gus Birney’s net worth is unknown. As of mid-2022, sources indicate that she has a net worth of over $300,000, which she earned through a successful acting career. She’s also accumulated significant wealth as a result of her parents’ careers as actors, which have benefited her lifestyle.

In terms of Gus’s personal life, little is known about her romantic relationships. There are no reports of her dating, and sources believe she is single, as she is still relatively young and likely focused on furthering her career. She spends a lot of time with her friends and frequently posts photos of them online, which has sparked some speculation about her sexuality. She also shares photos of herself and her family, frequently in natural settings.

She has a large following on Instagram, where she uses the platform to promote her work while also sharing a lot of personal photos. She is also a musician, having uploaded her own recording via the website SoundCloud. She also has a Twitter account, which she uses to promote her upcoming projects, including “Dickinson.” She has only recently returned to the website after being inactive for nearly a year. She does take lengthy hiatuses from her online life, most likely as a result of her acting career.