How old she is Beyonce? Bio, Career, Songs, Net Worth, Instagram 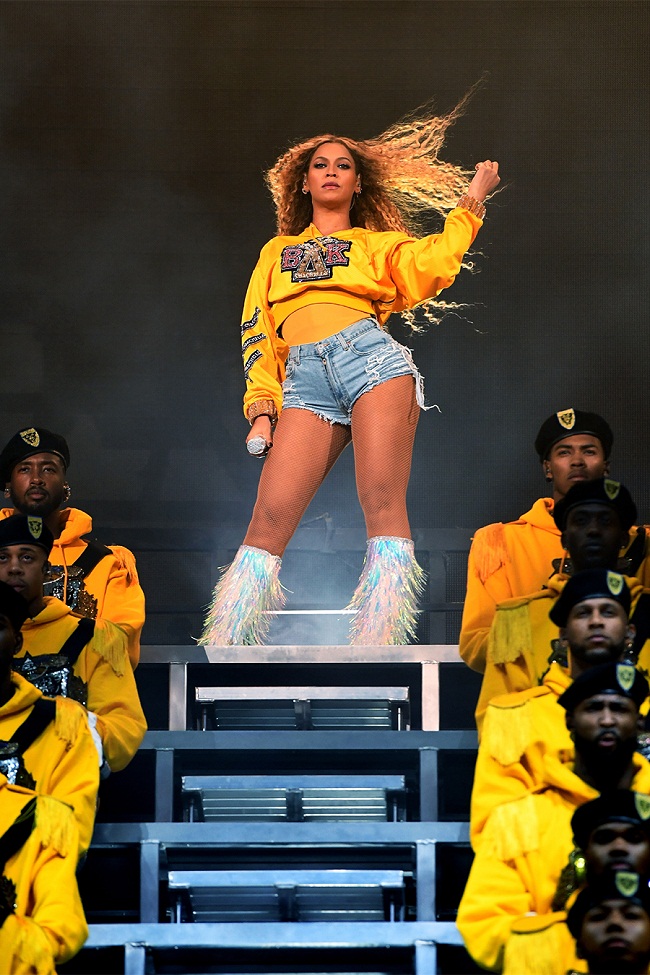 Beyonce has recently given a spectacular performance at the Coachella. Beyonce was not in last year due to pregnancy reasons. She indeed proved to the world that she indeed is the Queen. Let us know about it!

Beyonce had a two-hour performance at this year’s Coachella. The choreography was epic and there were iconic cameos. There was also a freaking marching band. Beyonce was surprised that people liked it. She said to the assembled crowd:

“I was supposed to perform at Coachella before, but I ended up getting pregnant. So I had time to dream and dream with two beautiful souls in my belly, and I dreamed up this performance. “

Beyonce did 5 costume changes during the performance. What is noteworthy is that there were featured appearances by her husband Jay-Z, sister Solange, as well as the band that introduced her to the limelight-Destiny’s Child. And the reaction of the fans! They were speechless and blown away by her amazing and marvelous performance!

One of the choreographers, JaQuel Knight said:

“I don’t think any of us were expecting it to be this big of a thing,”

Beyonce was born as Beyonce Giselle Knowles on 4 September 1981 in Houston, Texas where she was raised as well along with her sister Solange. Her mother Celestine Knowles was a salon owner and a hairdresser while her father Mathew Knowles worked as a Xerox sales manager. Mathew is African-American while Celestine is of Louisiana Creole descent.

Beyonce was studying at St. Mary’s Montessori School in Houston, Texas where she also learned dancing. It was here that her hidden singing talent was also discovered. She won a school talent show at age 7. She later shifted to Parker Elementary School where she was in the school choir. She has also been trained at the High School for the Performing and Visual Arts and Alief Elsik High School. She had a Girl’s Thyme group which her father started managing and they got signed to Elektra Records. The group later managed to get a contract with Columbia Records.

Also read: The story of the discovery of German fashion model Julia Stegner! Learn about her personal life!

After a name change to Destiny’s Child in 1996, the group released their debut song Killing Time and the following year, their debut album was released. They got awards and then released their second album. This 1999 album sold more than 8 million copies worldwide. Beyonce got more soundtrack offers which she successfully completed.

After some problems within the band, it sprung back and gave a number of hits to the world. She also started acting in musical films and her acting was also liked by her fans. She also doing solo albums and in 2003, she started her tours. Here too, Beyonce tasted success. She continued with her singing and acting and every time she was appreciated for her performances. She gained a lot of fame and wealth and her net worth rose to $ 350 million. Her songs also portrayed the turmoil of her married life and infidelity from her husband.

The personal angle of her life

Beyonce had collaborated on a song with Jay Z and the two soon started dating. On 4 April 2008, they got married in a private ceremony. They like to keep their life under wraps. Around 2010 to 2011, she had a miscarriage.

On 7 January 2012, their first daughter Blue Ivy Carter was born. On 13 June 2017, she had twin children-elder daughter Rumi and younger son Sir.

The couple had some marital discord in between which now seems settled. Together they are worth more than a billion dollars.

Related Posts of How old she is Beyonce? Bio, Career, Songs, Net Worth, Instagram