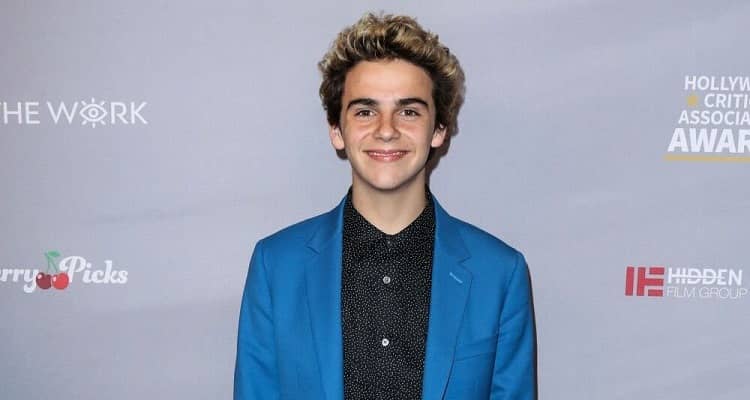 Jack Dylan Grazer is a well-known American actor. He is best known for his performance in the film adaptation of Stephen King’s novel ‘It,’ which is based on the Stephen King novel of the same name.

What is Jack Dylan Grazer famous for?

How old is Jack Dylan Grazer?- Jack Dylan Grazer was born on September 3, in the year 2003, in Los Angeles, California, the United States. Currently, his age is 18 years old. His zodiac sign is Virgo.

His father‘s name is Gavin Grazer and his mother‘s name is Angela Lafever. He has one sibling, Bowie Gavin Grazer. Grazer holds an American nationality and mixed (Ashkenazi Jewish- German-Irish-English-Welsh) ethnicity.

Talking about Grazer’s education history, he attended the Adderley School, where he is an alumnus. Furthermore, The Hollywood Reporter named him one of the top 30 stars under the age of 18.

Jack was accepted into the ARTE (Adderley Repertory Theatre Ensemble) program at The Adderley School For The Performing Arts, where he has appeared in several productions.

Then, he intends to write, direct, and produce films in the future, in addition to acting. Furthermore, he is an outspoken supporter of “Stomp Out Bullying.” He is a good writer and considers himself not only an actor but also an aspiring writer.

All about Jack Dylan Grazer’s Career

Jack has appeared in a number of advertisements. His first acting role was in the 2014 television series ‘The Greatest Event in Television History.’

Following that, he appeared as a cameo in the 2015 comedy ‘Bang, Bang!’ He filmed a documentary for his school project, ‘Family is Family,’ which earned him the ‘Best Documentary Award’ in his school.

In addition, he made his film debut in the 2015 horror-comedy anthology film ‘Tales of Halloween.’ He was accepted into the ‘Adderley Repertory Theater Ensemble’ program and participated in several of their productions. Grazer’s first major studio film was the 2017 adaptation of Stephen King’s novel ‘It.’ 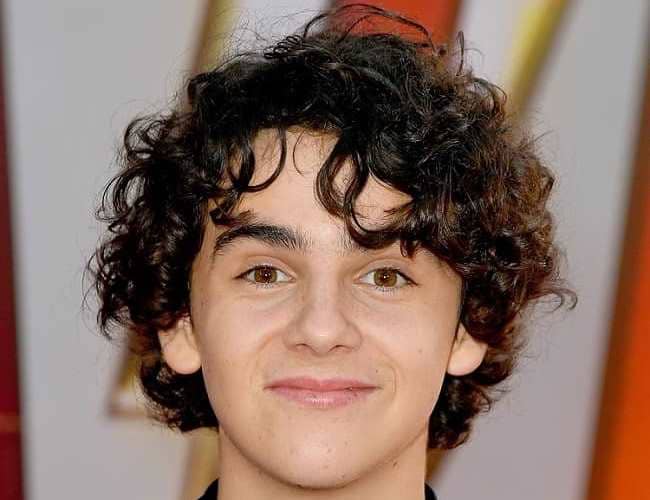 Similarly, Jack appeared in another film, ‘Scales: Mermaids Are Real,’ in 2017. In the CBS comedy series ‘Me, Myself, and I,’ he plays a recurring role. In it, he plays the role of ‘young Alex Riley.’

He also appeared in the CBS sitcom Me, Myself, and I, and he played Freddy Freeman in the 2019 DC Comics film ‘Shazam!’ The latter is a superhero movie in which Grazer plays a superhero’s friend who eventually becomes a hero himself. In addition, he appeared in ‘It: Chapter Two.’

What is Jack Dylan Grazer’s net worth?- Grazer has an estimated net worth of around $500 thousand. As an actor, he earns about $35,529.

Dylan posted an Instagram video of himself smoking a blunt and an e-cigarette, for which he later apologized, saying he did it due to peer pressure and that weed is stupid and he has learned his lesson. Grazer went on to say that if someone was encouraging you to use drugs, you should report it.

Jack reportedly made the apology video at the request of his family and management team. Then, he has spoken out against some fans making sexual innuendos about him and his It co-star, Finn Wolfhard, and questioning whether they were both gay.

These fans also gave them the moniker Fack, which is a combination of both of their names. In the film ‘It,’ the two actors played best friends. They are also best friends in real life.

He was nominated for ‘Best Supporting Actor’ in 2017 for his performance in ‘It.’ In the same year, he was nominated for a Saturn Award in the category of ‘Best Performance by a Younger Actor’ for his work in ‘Shazam!’ He also shared an award for ‘Best On-Screen Team’ with other members of the cast for their work in ‘It.’ Furthermore, in 2020, he received a Next Generation Award as well as an HCA award.

Is Jack Dylan Grazer single?– Jack Dylan Grazer is currently single. In 2017, he was dating Ellie Hiyar. He and Ellie have also been photographed hugging, kissing, and spending time together with mutual friends in the past.

They split up in 2018. Grazer and Emmy Perry’s relationship has yet to be confirmed. However, he frequently posts pictures of her on his Instagram account.

How tall is Jack Dylan Grazer?- Grazer has a height of 5 feet 6 inches and weighs is 57Kg. Hence, Jack’s hair is dark brown, and his eyes.

In 2015, he appeared as a guest star on the TV show Comedy Bang! Bang! He also appeared in Me, Myself, and I.