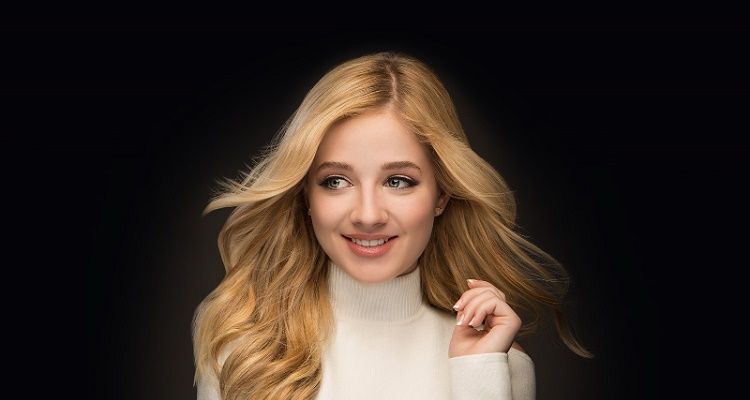 Jackie Evancho is a classical crossover singer, an actor, as well as a model. She has even performed at President Donald Trump’s inauguration. Furthermore, she took professional singing lessons and launched her channel on Youtube.

Jackie Evancho was born on 9th April 2000, in Pittsburg, Pennsylvania, USA. She belongs to American nationality and her ethnicity is Polish, Ukrainian, Slovak, Hungarian, German, Italian.

Her birth name is Jacqueline Marie Evancho and she is now 18 years old.  She is the daughter of Catholic parents, Lisa and Michael Evancho. Her father had a video security business until 2010. Jackie has 3 siblings named Juliet (before Jacob) who is a transgender, Rachel, and Zachary. Additionally, she is compassionate and used to donate her toys to charity in childhood.

She has attended Pine Richlands School. But since her singing required more time, she could not attend formal school and switched to cyber schooling. She enjoys sewing, swimming, drawing, archery, and horse-riding. Furthermore, she has even learned to play the piano and violin.

Moving towards her professional life, at the age of 8, she had participated in local and national competitions. Her channel on YouTube was noticed and she soon became a sensation. She had even taken part in the fifth season of the reality show ‘America’s Got Talent’ and won second place.

In 2009, she had first caught record producer David Foster’s attention and was selected for the regional semifinals of his “Hitman Talent Search Contest. She even had released her first album  O Holy Night on November 16, 2010, and entered the Billboard 200 at No. 2. Then, she had released her second album on 14th June 2011 named  Dream with Me, produced by David Foster.

In the year 2012, she sang in So The World May Hear Gala to benefit the Starkey Hearing Foundation, which supplies hearing aids to people in need. She had even sung in Hiroshima, Japan, in the “Peace for World” concert and performed together with Tony Bennett at the Ironstone Amphitheatre in Murphys, California.

Likewise, she was the performer for Susan G. Komen’s Perfect Pink Party in Palm Beach, Florida, to benefit breast cancer research in 2014. The next year, she had made a video to support the Humane Society’s fight against seal hunting and had joined Andrea Bocelli as a guest in his concert in Thailand. Then, she had appeared at the Mending Broken Hearts With Hope luncheon to benefit The Shelter for Abused Women & Children in Naples, Florida in 2016.

Once in the interview, she had said

“Singing is my main goal, and I think philosophy will help me write songs.”

Currently, she is scheduled to present a concert at the August Wilson Center in Pittsburgh to benefit The Brave Heart Foundation, which supports homeless LGBTQ young adults in 2019.  Therefore, she has won an award titled by Kean Quest Talent Search for exceptional singing talent.

When the top celebrities had refused to perform at the inauguration ceremony of Donald Trump, she agreed and said that it was her honor to do so.

She was heavily criticized but she stood her stand and justified it. Many people even said that it was career suicide. Through this, she had brought up Trump Government’s anti-LGBT for her transgender elder sister.

Read more: Who is YouTuber Matthew Espinosa dating? Get the details related to his relationship, career, and family!