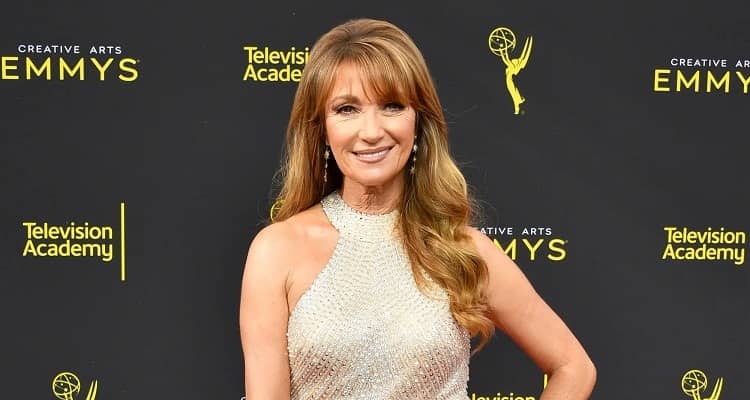 Who is Jane Seymour?

Jane Seymour is a well-known British-American actress, entrepreneur, and author best known for her roles in Live and Let Die, The Onedin Line, The Guardians of Justice, Captains and Kings, and East of Eden.

What is Jane Seymour famous for?

How old is Jane Seymour?- Joyce Penelope Wilhelmina Frankenberg was born on February 15, in the year 1951, in Hayes, Middlesex, London, England, the United Kingdom. Currently, her age is 71 years old and Aquarius is her zodiac sign.

All about Jane Seymour’s Career

In 1970, she starred in her first major motion picture, ‘The Only Way.’ In this film, she portrayed a Jewish woman fleeing Nazi persecution. In 1973, she starred as ‘Emma Callon’ in the two-year-long hit television series ‘The Onedin Line.’ During this time, she also played ‘Prima,’ the female lead in the mini-series ‘Frankenstein: The True Story.’

Additionally, she rose to prominence as ‘Solitaire’ in the blockbuster James Bond film ‘Live and Let Die’ toward the end of 1973, catapulting her to instant stardom. The following year, she portrayed ‘Serina’ in the Battlestar Galactica film and television series.

She returned to the big screen in 1980 with the comedy film ‘Oh Heavenly Dog,’ where her performance was praised by critics. Her next film, ‘Somewhere in Time,’ which was released in 1980, did poorly in theaters.  She began appearing in roles based on various works of literature, including ‘The Scarlet Pimpernal,’ ‘The Phantom of the Opera,’ and ‘Lassiter.’

In 1988, she was cast in the World War II epic ‘War and Remembrance,’ an adaptation of Herman Wouk’s ‘Winds of War.’ Additionally, she was the reigning queen of television movies in the early 1990s, playing everything from a damsel-in-distress to an attractive seductress. She abandoned her damsel-in-distress roles to star in a career-defining television series, ‘Dr Quinn: Medicine Woman,’ which aired from 1993 to 1998.

During this exceptionally productive period, she experienced personal tragedies, prompting her to co-author her first of several children’s books, ‘Yum! A Tale of Two Cookies,’ in 1998. She then appeared in telepics such as ‘Dr. Quinn Medicine Woman: The Movie’ and ‘Dr. Quinn, Medicine Woman: The Heart Within,’ both of which were released in 1999 and 2001, respectively.

From 2009 to 2011, she appeared on a number of reality shows, including ‘Iron Chef America: The Series’ and ‘Dancing with the Stars.’ She also appeared in a few episodes of the popular American television series ‘Castle.’ On the big screen, she portrayed Mandy Moore’s mother in the 2011 rom-com ‘Love, Wedding, Marriage.’ Her role as ‘Solitaire,’ the stunningly beautiful Bond girl, was a career-defining one, landing her a number of films and a cult following.

In 1981, she received a Golden Globe nomination for her performance in ‘East of Eden.’ She won a Golden Globe for her role in ‘Dr. Quinn: Medicine Woman’ in 1993. She was appointed an Officer of the Order of the British Empire in 2000 and was awarded the Ellis Island Medal of Honor in 2010.

Is Jane Seymour divorced?– Jane Seymour married American actor James Keach in 1993. They had twins, John Stacy and Kristopher Steven (born in November 30, 1995). Their children were named after the couple’s close friends Johnny Cash and Christopher Reeve, as well as James’s brother Stacy Keach. On April 12, 2013, they announced their separation. They divorced in December 2015.

In 1971, she began dating English theater director and actor Richard Attenborough’s son, Michael Attenborough. They married in the same year and divorced in 1973. Jane also married businessman Geoffrey Planer in 1977, and the couple divorced in 1978. Seymour married author David Flynn in 1981. They had two children, Katherine Flynn (born January 7, 1982) and Sean Flynn (born in July 31, 1985). Jane and David separated in 1992.

How tall is Jane Seymour?- Seymour has a height of 5 feet 4 inches and her weight is 55Kg. Whereas, her body measurement is 35-24-34 inches and her bra size is 32C. Hence, Jane has light hair and has brown right eyes and green left eyes. Likewise, her dress size is 4 (US) and shoe size is 7 (US).