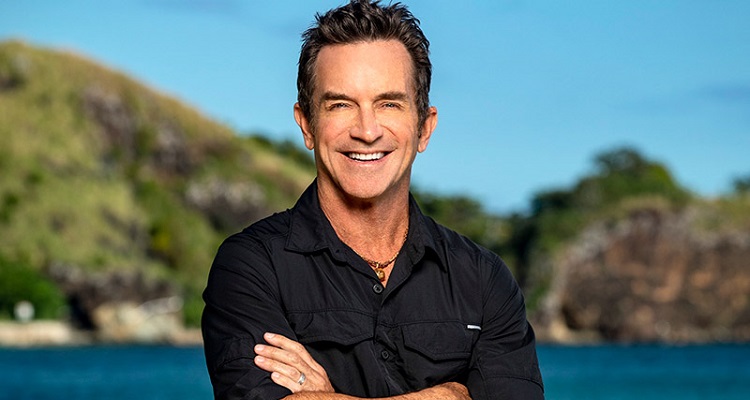 Who is Jeff Probst?

Jeff Probst is an American game show host, the executive producer who is well known for hosting the reality TV show Survivor and The Jeff Probst Show.

He has two brothers: Brent Probst and Scott Probst.

For education, he joined Newport High School, graduating in 1979, and then joined Seattle Pacific University.

After graduation, he started working as a producer and narrator of marketing videos for Boeing Motion Picture/Television studio.

Since 2000 Probst began hosting Survivor and has had appearances on numerous other shows including Space Ghost Coast to Coast, I Get That a Lot, How I Met Your Mother (2011), Two and a Half Men (2013), Life in Pieces (2016).

In addition, Jeff Probst has worked as a correspondent for Access Hollywood, wrote, and directed Finder’s Fee.

He was nominated for 10 Emmy Awards and won the Primetime Emmy Award for Outstanding Host for a Reality or Reality-Competition Program for four consecutive years-  in 2008, 2009, 2010, and 2011.

He has an estimated net worth of around $40 million and she earns around $4 million per annum.

Jeff is a happily married person. He has been married to Lisa Ann Russell on December 5, 2011. The couple has not welcomed any children however he became stepfather to Russell’s children- son Michael (born in 2004) and daughter Ava (born in 2006).

Previously, he married his longtime girlfriend Shelley Wright on 25 February 1996 but divorced just a few years later in 2001. After that, he dated Survivor contestant Julie Berry. And after years of dating, they broke up in early 2008.