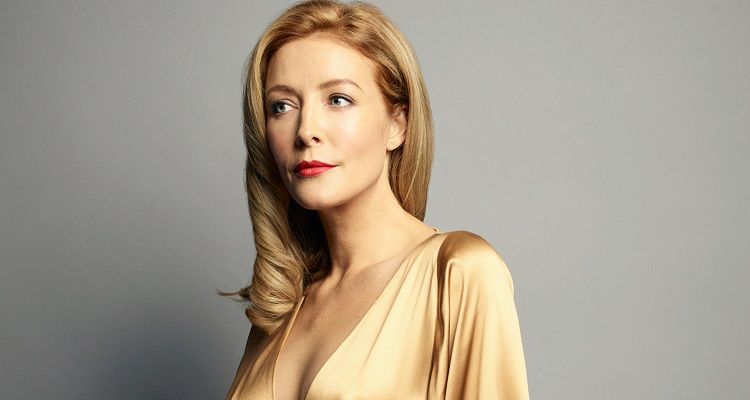 Jennifer Finnigan is a Canadian actress mostly featured in TV series than in movies. Her career was started in 1996 and is active in the acting industry. She is a mother of one child and wife of another actor Jonathan Silverman.

Jennifer Finnigan was an actress born on August 22, 1979, in Montreal, Quebec, Canada. Her middle name is Christina, nationality is Canadian, and ethnicity is mixed (French-Canadian). She is the only daughter of a radio personality father Jack Finnigan and mother was Diane Rioux Finnigan a homemaker.

Jennifer’s education was from a Catholic girl’s private school known as The Sacred Heart School of Montreal. From there she has gained a graduation degree in 1996. She is now 39 years of age and has featured in numerous TV shows and few films. Her personal life is also sound with her husband, a daughter, and two dogs Billie Holliday and Scully Ginger.

Jennifer Finnigan after graduation was seen in an episode of My Hometown (1996). She then from 1998-2000 was featured in shows like The Mystery Files of Shelby Woo,  Student Bodies, and  Are You Afraid of the Dark?. Then in 2000, Jennifer was able to grab the role of Bridget Forrester in a soap opera The Bold and the Beautiful.

Besides acting, Jennifer was also seen in magazines. She has posed for popular magazines like InStyle Weddings US, PDTV US, USA Weekend US, CBS Soaps In Depth US, and Soap Opera Weekly US.

From all the movies, TV, and other professional work, Jennifer has a net worth of $3 million.

Jennifer Finnigan and Jonathan Silverman (actor) started to date each other from 2004. After three years of dating, they finally tied the knot. The wedding was held on June 7, 2007, on the island of Mykonos in Greece. However, the real joy of marriage that is having a child came after twelve years. In June 2017, Jennifer made an announcement of her first child.

Then on Sep 29, 2017, she gave birth to a beautiful baby girl. She informed her followers after one week through an Instagram post saying,

“One week ago today, On September 29th, after a 28-hour labor, our little girl was born into the world.”

The joy of having a child made their relationship stronger. Her husband has also expressed his happiness by stating,

“First, we had each other. Then we had you. Now we have everything. Welcome to the world, my sweet daughter.  To my gorgeous warrior wife @jennigan1, you are the most courageous, most powerful, most beautiful person I have ever met,”

Talking about Jonathan Silverman, he is also an American actor born on August 5, 1966. He is best known for his comedy in a comedy movie Weekend at Bernie’s. His other contribution was in TV series Gimme A Break!, as well as in the films Brighton Beach Memoirs, Girls Just Want to Have Fun, Caddyshack II, and Little Big League.

Jennifer Finnigan along with acting talents also has a great body and health. She stands tall with a height of 5 ft 7 inches and a bodyweight of 55 kg. Her slim body has a figure of 32-25-30 inches, eyes are in blue and hair is in golden brown color. Other features like bra size, shoe size, dress size, etc are unknown.

As of Nov 2022, Danny McBride’s net worth estimated to be roughly $3 Million.