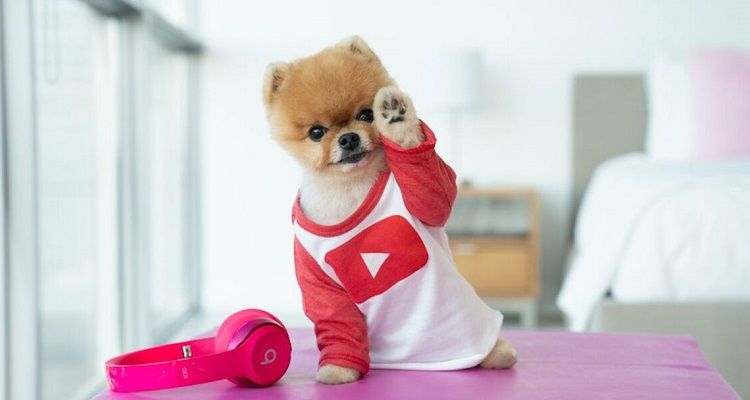 Jiffpom is the most famous dog in the world over 30 million followers across all social media channels. A three-time Guinness World Record holder, he holds the record for most Instagram followers by an animal with over 8.9 million and counting

Jiffpom was born on February 26, 2010, in Chicago, Illinois, USA where he was raised until he moved to Los Angeles to bolster his aim to stardom just like his predecessor Boo. He first made headlines in 2014 when he achieved to set a pair of Guinness World Records for the fastest 10-meter run on hind legs and the fastest 5-meter run on front paws.

Many people are curious about who the owner of the cutey Jiffpom could be. For a long time, his owners have chosen to remain unknown to the public in order to keep the focus on their Pomeranian celebrity. However, the dog is escorted by an agent who looks after him and manages his social affairs.

You may like to check out: Kate Beirness Bio, Wiki, Net Worth, Ethnicity, Parents, Height, Body size, Education, Instagram

According to Social Blade, his estimated earning from youtube is $56- $896 per year. Other than youtube he earns from different sponsors and acting in different movies.