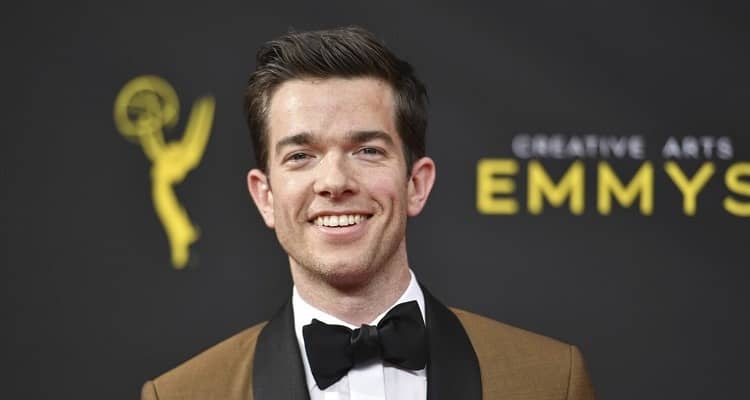 Who is John Mulaney?

John Mulaney is a well-known American stand-up comedian who rose to prominence as a Saturday Night Live sketch writer. In 2014, he signed a short-term agreement with Fox Network to produce, write, and create Mulaney, a sitcom.

What is John Mulaney famous for?

How old is John Mulaney?- John Edmund Mulaney was born on August 26, in the year 1982, in Chicago, Illinois, the United States. His current age is 40, and his zodiac sign is Virgo.

His father‘s name is Charles W. Mulaney Jr., and his mother‘s name is Ellen Mulaney. He has four siblings, Carolyn Mulaney, Chip Mulaney, Peter Martin Mulaney, and Claire Mulaney. Mulaney’s nationality is American, and his ethnicity is mixed (Irish-German).

Talking about Mulaney’s education history, he attended St. Clement School in Lincoln Park, Chicago, before moving on to St. Ignatius College Prep, where he graduated in 2000. He later attended Georgetown University and graduated in 2004 with a Bachelor’s Degree in English Literature and Religion.

All about John Mulaney’s Career

Mulaney worked for Comedy Central as an office assistant. He also served as a pundit on the comedy show Best Week Ever for a while. Additionally, he later auditioned for Saturday Night Live, where he got a job on the writing staff. John was then seen in Demetri Martin’s program Important Things. The show first aired on the Comedy Central network in 2009. It starred Demetri Martin, a comedian.

He has many voice appearances in the American comedy series Ugly Americans in 2010. The program, directed by Devin Clark, centred around a guy who travels to Manhattan, a metropolis populated by many demonic creatures as well as humans. The show received largely good feedback and ran for two seasons.

Mulaney has also been featured in various series, primarily as a guest star. He appeared in several series, including The Chris Gethard Show, The Kroll Show, and The Peter Holmes Show. In 2014, he developed, produced, and acted in Mulaney, in which he played a fictionalized version of himself.

The program garnered unfavorable feedback and was canceled after only one season. Since 2015, he has worked as a writer, consultant producer, and co-executive producer on the American mockumentary series Documentary Now. Other recent appearances include Lady Dynamite and Comedy Bang! Bang!

Is John Mulaney dating?- John Mulaney was dating actress Olivia Munn in May 2021. During an interview on Late Night with Seth Meyers in September 2021, John disclosed that the pair were expecting their first child together. On November 24, 2021, Olivia gave birth to a baby boy called Malcolm Hip Mulaney. Malcolm spoke “Daddy/Dada” for the first time.

Mulaney formerly married Annamarie Tendler, a make-up artist, hairdresser, and novelist. He met her at the age of 26 through common acquaintances while on vacation in Massachusetts on Martha’s Vineyard. Mulaney sat in the passenger seat as Annamarie drove back home. With his sense of humor, he kept her entertained, and Annamarie knew they’d be dating soon. Even though the couple had not yet begun dating, Jane prophesied that she would marry John in February 2010.

During an interview in January 2012, John revealed his connection without mentioning Annamarie. On July 5, 2014, the pair married in Boiceville, New York. Their wedding was inspired by the 1920s woodland-deco concept. They invited their comedian friend Dan Levy to conduct the ceremony because John is Catholic and Annamarie is Jewish. John formally filed for divorce from Annamarie Tendler in July 2021, and their divorce was completed in January 2022.

How tall is John Mulaney?- Mulaney has a height of 6 feet and her weight is 75Kg. Hence, John has dark brown hair and blue eyes.