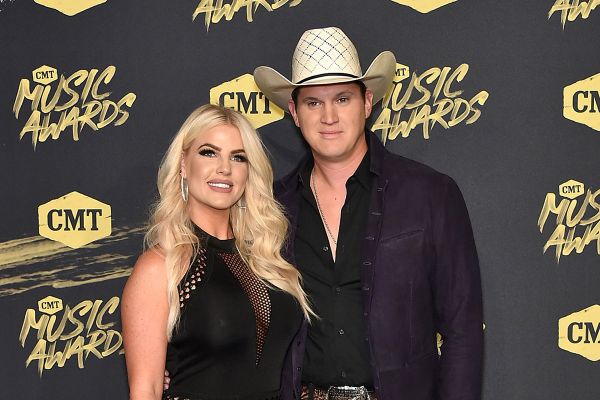 Jon Pardi and his wife, Summer Duncan, met under the most improbable of circumstances. Before they met, the couple had been through a string of poor relationships and failed dates.

Duncan approached their first encounter with a healthy dose of skepticism, even bringing a buddy with her in case things went wrong.

But everything worked out perfectly, and they quickly recognized they were meant to be together.

In May 2017, Pardi and Duncan were both preoccupied with their professions. They’d had their fill of unpleasant dating encounters.

He was on tour, and she was working as a hairstylist and pampering clients, which she had been doing for about a decade at that point.

They had not, however, lost up on love. So when one of Duncan’s clients tried to hook her up with a person “she knew well,” she went along with it without question.

“I’ve been a hairstylist for 13 years, and with that, you become family with your clients, so they know all the good, terrible, and ugly of your life,” Duncan said of the time her client, Ellen Moxley, hooked her up with a mysterious guy in November 2020 when speaking to People.

Unbeknownst to Duncan, Moxley had long been friends with Pardi’s mother, and he was the guy she was intending to set up the hairdresser with. Duncan knew nothing about Pardi save that he was tall and a family acquaintance from California.

Soon after, Pardi’s mother texted him her phone number, and he called to invite her to one of his shows in her hometown. She turned down his first invitation to Las Vegas, claiming she would attend the next time he was in town.

In his haste, Pardi made another suggestion. “How about I fly you to Denver next week?” he said, and she agreed after her friends pressed her. They persuaded her that she had nothing to lose.

So she accepted, but she brought a friend with her in case things didn’t work out with Pardi.

They were both smitten five minutes into their first discussion. “For the first time in my life, Summer was love at first sight,” Pardi recounted of the moment he met her.

Duncan felt the same way. “It was game over for me within the first five minutes of meeting Jon. ‘Sell my house, sell my car, send my dog,’ I texted my mother “She laughed.

She worked for a week and then traveled to meet him on tour for the next six months. She had never wanted to move before meeting him, but after a six-month courtship, they settled in Nashville.

Engagement and Wedding of Jon Pardi and His Wife

They got engaged in October 2019 after dating for two and a half years and going through a difficult year when his work abruptly ended. He proposed to her in a style that the couple may have found nostalgic.

He was on his Heartache Medication tour, and on October 2, 2019, he performed at Nashville’s Ryman Auditorium. That location was one of their first dates.

After revealing the aforementioned reality to the audience, Pardi got down on one knee and proposed to Duncan while the audience applauded. When she said yes, they hugged and kissed, and the countdown to their wedding began. But there are difficulties.

If not for the pandemic and the shutdowns, they had intended to marry during Memorial Day weekend in Montana in 2020.

They settled on a date in November 2020 with only the people closest to them present after much planning and re-planning.

Thus, Pardi and Duncan will marry on November 21, 2020, at Tennessee’s Saddle Woods Farm. A vacation was out of the question, but they intended to have a grander wedding celebration in the future.