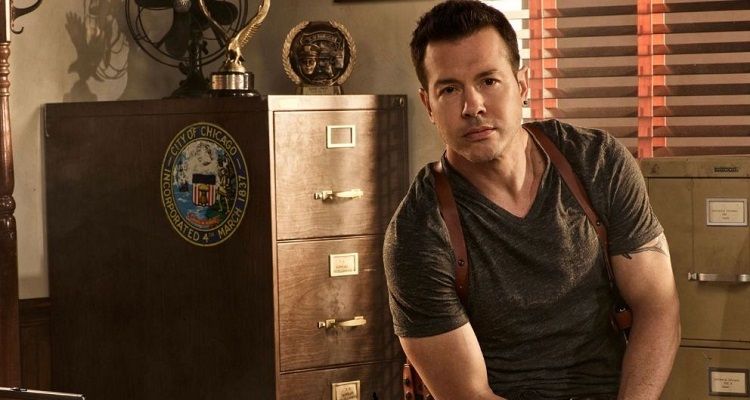 Jon Seda is an American actor. He was once also an amateur boxer. Jon’s role in films as I Like It Like That, The Sunchaser, Selena, Undisputed, and in TV shows as Homicide: Life on the Street, Oz is highly appreciated. He is a happily married man.

Jon Seda is an American actor born on October 14, 1970, in New York, USA. However, he was raised in Clifton, New Jersey He has one sister Sofia Seda but his parent’s identity is unknown. Jon’s nationality is American and ethnicity is Puerto Rican.

Jon’s high schooling was from Clifton High School but details on his further studies are not recorded yet. He has first started as a boxer and then joined the acting industry. Jon is now 48 years old and is busy with his TV projects.

Jon Seda after completing graduation went for a boxing career. He became a runner up in the New Jersey Golden Gloves competition. About his boxing and acting, Jon stated,

Thanks to Jon’s boxing talents, he debuted in 1992 as a boxer in the film Gladiator. In 1993, his TV debut was seen with a show Daybreak. Since then, Jon is continuously involved with acting. His best and recognized roles were in the movie Selena (1997) and TV series Homicide: Life on the Street (1997-1999). Jon is currently doing two TV shows, one is Chicago Fire and next is Chicago P.D.

Jon with his long-acting list is living a decent and luxurious life with his family. His net worth records are not clear. According to celebrity net worth, his estimated net worth is around $5 million, while some sources claim that it is $2 million.

Jon Seda tied the knot with his girlfriend Lisa Gomez. Their marriage happened on July 4, 2000. It was a small and secret ceremony as little details are available. Their relationship even got stronger from the birth of their kids. They have a total of four children. Three daughters (Haley Seda, Madison Seda, and Jessica Seda Pinto) and a son (Jonathan Seda). Jessica is Jon’s stepdaughter.

Jon Seda loves his family and once said,

“We’ve bounced around. To be able to make it work, my wife has home-schooled the kids. Without her support, it would have been tough.”

With many movies and TV shows, Jon Seda has earned a huge number of fans. He is active in social networking sites. His Instagram account has around 203k followers, the Twitter page has around 119k followers, and more than 3.5k followers on Facebook.

Jon Seda has got amazing physic. He believed in staying fit and regularly hit the gym. His body height is 5 ft 9 inches with 76 kg of weight. Jon has a tattoo, hair is black, eyes are dark brown, and light-dark skin. He is not seen smoking in public.