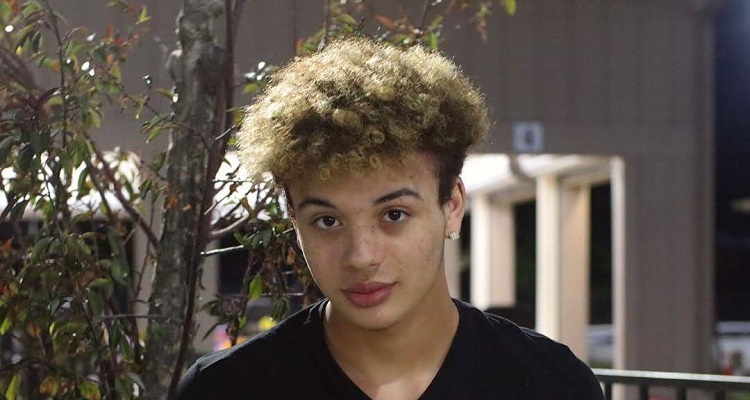 JustKrypyic is an American YouTuber, Tiktok Star, Musician, and Social Media Star. He is popular for his angelic voice and unique content among his fans. JustKryptic is an accomplished Youtuber with over 1.21M subscribers.

You can find every piece of information about him on this page !!!

What is JustKryptic Famous For?

JustKryptic was born on February 12, 2000, in Olathe, Kansas, USA. As of 2021, he celebrated his 21st birthday. He holds an American nationality. He is originally from Kansas and his real name is Isaiah Tillman. Similarly, His birth sign is Aquarius.

Likewise, he hasn’t revealed any details regarding his parents, siblings, and other families. Regarding his education, He graduated from Olathe South High School. He has also shared his graduation picture on Instagram.

JustKryptic is Professionally a Youtube content creator, Musician, and Tiktok Star. He started his YouTube on May 24, 2015, at age 15, under the channel “JustKryptic”. His channel is famous for its content of Music Covers, Pranks, and vlogs. Moreover, he started uploading music on SoundCloud in 2018 under the name ‘JustKryptic.’ He posted his first video titled ‘IM OFFICIALLY AN ADULT! 18TH BIRTHDAY VLOG!‘ on February 14, 2018, and gained huge attention from it. He continued to upload more videos day by day.

For Your Surprise, he has two more Youtube channels with over 47K and 146K subscribers. In those channels, he uploads gaming content, vlogs, pranks, and challenges. However, he is well recognized on his main youtube channel. Moreover, he has also covered many songs of famous celebrities like, DJ Khaled’s “I’m The One” and XXXTENTACION “Changes” (JustKryptic – Cover/Remix)

Some of the popular videos include ‘Drake stole my song and here’s how’, ‘XXXTentacion is Found…’, ‘Pranking My Ex With Tekashi69 FEFE Lyrics *She Got Personal*’, ‘How To “Orange Justice” Dance Tutorial!’, ‘I Drove 12 Hours To See My Girl! Things Got Awkward…’, and  ‘Pranking My Crush With Drake In My Feelings Lyrics *She Sent This*’. Up until now, he has around 1.21M subscribers and 76,390,512 views on his Main youtube channel.

Apart from Youtube, He is also successful in his music career. He has released many songs such as ‘Actin Hard’, ‘Drifting Away’, ‘You A Opp’, ‘Vintage’ and ‘Came a Long Way’. ‘Actin Hard’ is his first original song which was produced by TreeTime. JustKrypyic is known for his rapping abilities.

Speaking on his income, he makes a decent sum of money through his successful youtube career and social media presence. He has an estimated net worth of around $200K.

His earnings are influenced by his youtube channel. Likewise, he has gathered around 1.21M Subscribers.

There are no rumors and controversies about him. He rather spends his time supplying unique content to his fans rather than stuck in Scandals and rumors. However, In 2018, JustKryptic accused Canadian rapper Drake of stealing one of his songs. There is a track called ‘Emotionless’ by drake which is said to be similar to JustKryptics. On July 19, 2018, He even released a diss track targeting Drake.

JustKryptic stands tall at a height of 5 feet and 10 inches. Similarly, His hair color is naturally dark brown and he has a charming eye of dark brown color. He often keeps dying his hair blonde. There is no information regarding his weight and chest-waist-hip measurement. Moreover, He is mostly praised for his athletic body build and Freckles on his famous.

JustKryptic is in a romantic relationship with Tracy Nicole. They seem to be happy together. Previously, He dated ThatBMelly who is also a Youtuber. Her real name is Carmela Mendez.