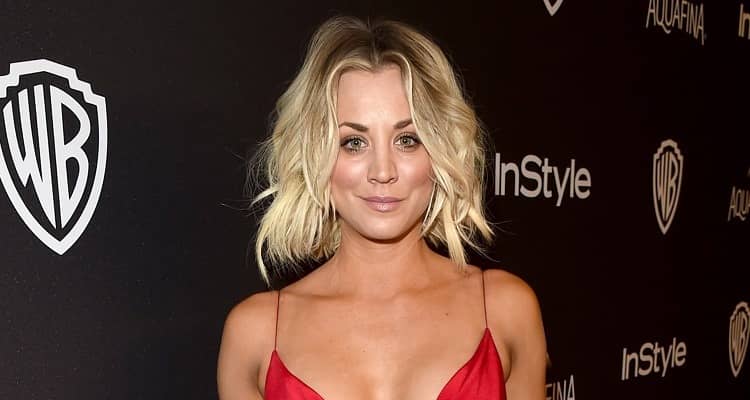 Who is Kaley Cuoco?

Kaley Cuoco is a well-known American actress, voiceover artist, and producer. She gained great praise for her role in The Flight Attendant, and she was nominated for Golden Globes, Screen Actors Guild Awards, and Critics’ Choice Awards.

What is Kaley Cuoco famous for?

How old is Kaley Cuoco?- Kaley Christine Cuoco was born on November 30, in the year 1985, in Camarillo, California, the United States. Currently, her age is 36 years old and Sagittarius is her zodiac sign.

Talking about Cuoco’s education history, there is no information about her educational qualification.

All about Kaley Cuoco’s Career

Cuoco began her modeling career at the age of six, when she appeared in advertisements for brands such as Barbie dolls. She made her television debut in 1992, at the age of seven, in the film ‘Quicksand: No Escape.’ She had appearances on the television series ‘My So-Called Life’ and ‘Northern Exposure’ in 1994. The following year, she made her feature film debut as Karin Carter in the science fiction action picture ‘Virtuosity.’

In 1996, she appeared in an episode of the ABC television series ‘Ellen’ as Little Ellen Morgan, the younger version of the character played by comedian Ellen DeGeneres. The following year, she starred in Jennifer Aniston’s romantic comedy film ‘Picture Perfect,’ as well as the made-for-television Disney fantasy picture ‘Toothless.’

Additionally, she had a recurring role in the CBS comedy ‘Ladies Man’ in 2000. She also appeared in the Disney Channel Original Movie ‘Alley Cats Strike’ and the made-for-television film ‘Growing Up Brady’ that year. Kaley went on to appear on a variety of television shows over the following several years, including ‘7th Heaven,’ ‘First Monday,’ ‘The Ellen Show,’ and ‘The Nightmare Room.’

She was cast in the lead role of Bridget Hennessy in the ABC comedy ‘8 Simple Rules,’ which she portrayed for three seasons. In the year 2004, she returned to the big screen as the lead in the indie film ‘Debating Robert Lee.’ That same year, she co-starred with Megan Fox in the ABC telefilm ‘Crimes of Fashion,’ and she played the female lead in another ABC production, the adolescent horror film ‘The Hollow.’

Throughout 2004, she appeared on television in the shows ‘The Help,’ ‘Complete Savages,’ ‘Punk’d,’ and ‘10.5.’ She began voice acting for the tomboyish short-tempered dog Brandy Harrington in the animated TV series ‘Brandy & Mr. Whiskers’ the following year.

After the sitcom ‘8 Simple Rules’ concluded in 2005, she landed another recurring part in The WB’s supernatural drama series ‘Charmed.’ In the eighth and last season of the cult smash program, she played Billie Jenkins. She also participated in three episodes of the animated series ‘Loonatics Unleashed’ and had another voice acting job in the anime series ‘Bratz.’

Additionally, she secured a main role in the CBS comedy ‘The Big Bang Theory’ in 2007, after making a cameo appearance in an episode of the show ‘Prison Break,’ which became an immediate smash worldwide. Penny, a Cheesecake Factory employee who relocated to California to pursue a career as an actress, became friends with physicists Sheldon Cooper and Leonard Hofstadter, played by Jim Parsons and Johnny Galecki, respectively.

Cuoco has gotten 30 award nominations and has won 8 awards since her debut in ‘Quicksand: No Escape.’ She won a ‘Teen Choice Award’ for her role in ‘8 Simple Rules’ in 2003. She has garnered one ‘Critics’ Choice TV Award, two ‘People’s Choice Awards, and one ‘Satellite Award’ for her work in ‘The Big Bang Theory.’ She was honored with a star on the Hollywood ‘Walk of Fame’ in 2014.

Is Kaley Cuoco dating?– Kaley Cuoco is dating Tom Pelphrey. They initially came to public attention in May 2022, when she posted photos of herself with him on Instagram. She was also in a relationship with American actor Thad Luckinbill in 2002, but they split up. She had previously dated Kevin Zegers. They appeared together in the 2004 film “Josh Henderson.” Then, from 2005 to 2006, Kaley dated American singer Jaron Lowenstein. Josh Henderson and her initially met on the TV show “8 Simple Rules” in 2002, when Al Santos appeared as a guest star. They began dating in 2007, five years later.

Johnny Galecki, best known for playing “Leonard Hofstadter” on the smash CBS sitcom “The Big Bang Theory,” dated his co-star Kaley. Nobody knew about their relationship till they split up in 2010. He was also quizzed about his relationship on the American morning talk show “The View.” “Do I have a girlfriend?” he asked. No. But even if I did, I wouldn’t tell you right now.”

From 2011 until 2012, Kaley was in a relationship with Christopher French. Cuoco began dating Josh Resnik. In October 2011, she confirmed her engagement to him. However, she was no longer in a relationship with him as of March 2012. Bret Bollinger began seeing Kaley in March 2012, and they were photographed kissing at a LA Lakers game later that year. The couple divorced in 2013.

On The Ellen DeGeneres Show on November 7, she also staged a phony wedding. The real wedding, however, took place on New Year’s Eve (December 31, 2013) in Santa Susana, California. On September 25, 2015, the pair announced their breakup.

Moreover, she began dating equestrian Karl Cook in March 2016. The pair got engaged on November 30, 2017 (Kaley’s 32nd birthday). The pair married in June 2018 in San Diego, California. After nearly three years of marriage, the pair announced their separation in September 2021 and subsequently filed for divorce.

How tall is Kaley Cuoco?- Cuoco has a height of 5 feet 6 inches and her weight is 57Kg. Whereas, her body measurement is 35-24-36 inches. Hence, Kaley has blonde hair and green eyes.