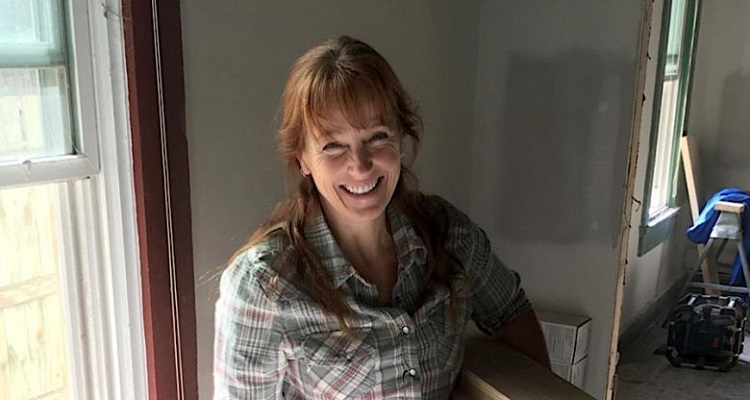 Karen Laine is an American reality TV star and realtor who is well known for her work in HGTV’s Good Bones and used to run a company Two Chicks and a Hammer with her daughter Mina Starsiak.

Information about her mother, father, siblings, education, and the rest of her family is not shared with the public.

Initially, Laine worked as a defense attorney. In 2007 she and her daughter Mina Starsiak Haw started flipping houses in their free time in the Fountain Square neighborhood of Indianapolis. After a year, they decided to open a home rehab business titled Two Chicks and a Hammer, Inc.

Likewise, the pair were eventually contacted by HGTV in 2014, who had discovered them on Facebook. They signed with HGTV to host a house rebuilding show Good Bones. The show debuted on March 22nd, 2016 and revolves around their house renovation projects. As of 2020, it has completed its season 5.

In addition, she appeared in Brother vs. Brother, Building Brady, A Very Brady Renovation. On October 4, 2019, Karen Laine announced her retirement from Two Chicks and a Hammer. She is still appearing on HGTV’s Good Bones.

Karen has been married four times. Her husband is Randy with whom she has a child, daughter named Kelcy. With her husband Casey Starsiak, she has three children, among which Mina Starsiak is the one.

After her divorce from Casey, Karen Laine was shortly married to Mick. Currently, she is married to her longtime boyfriend Roger.