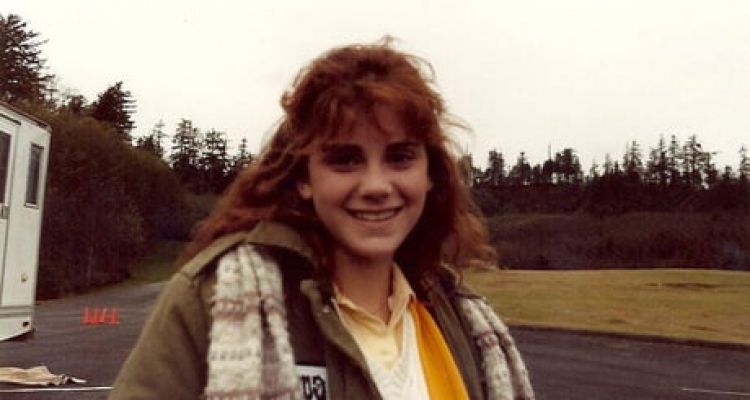 Kerri Green is best known for her roles as Andy Carmichael in “The Goonies” and Jennifer Chester in “Summer Rental,” both of which she played in 1985. She eventually stopped performing and pursued other activities.

Kerri Green was born on January 14, 1967, in Fort Lee, New Jersey, USA, and is an actress, producer,and screenwriter.

Kerri grew up in Woodcliff Lake and graduated from Pascack Hills High School. Her career began in the mid-’80s, and she spent a few years as an actor after graduating from high school, before continuing her studies at Vassar College, where she received a Bachelor of Fine Arts degree in the early ’90s.

All about Kerri Green’s Career

Kerri opted to try her hand at acting instead of going to summer camp in 1984, and it was Steven Spielberg himself who saw her when she auditioned for the role of Andy, a cheerleader turned adventurer, in “The Goonies.” The film was a huge hit, propelling Kerri to stardom.

Throughout the 1980s, Kerri found popularity by starring in teen films that were well-received by the general audience. Next her portrayal as Andy Kerri, she went on to play Jennifer Chester in “Summer Rental” the following year, and Maggie in the romantic comedy film “Lucas,” co-starring Corey Haim and Charlie Sheen. Because of her representations of carefree-adventurous girls, Kerri became quite popular among adolescent girls. However, unlike her previous ventures, Kerri’s next picture, “Three for the Road,” was not well received, and she decided to concentrate on her schooling rather than become reliant on the success of the films in which she appeared. She remained busy as an actress until the mid-’90s, playing in minor roles in TV shows such as “In the Heat of the Night” (1990), “The Burden of Proof” (1992), and “Mad About You” (1993), as well as acting with Raquel Welch and Alley Mills in the television film “Tainted Blood.”

Kerri shifted her attention after graduation to behind-the-scenes work, and she has only acted in a few films and TV shows since then. Instead, she became a screenwriter and producer, founding Independent Woman Artists, her own filmmaking company. She was also the writer and director of the drama “Bellyfruit,” which was released in 1999 and starred Tamara LaSeon Bass, Tonatzin Mondragon, and Kelly Vint Castro.

Despite the fact that she has been out of the spotlight since the mid-’90s, she has appeared in a few projects, including the lead role in the drama film “Complacent,” which was released in 2012. Green’s net worth has been estimated to be as high as $2 million, according to reliable sources. Don’t you think it’s pretty good?

Kerri married in the late 1990s, but due to her private personality, very little information about her personal life is available, including the identity of her husband and the date and location of their wedding ceremony. For the time being, all we know about Kerri is that she and her life partner have two children and that she lives in Los Angeles, California. More information should be accessible in the near future, hopefully.

Kerri avoids publicity, which includes social media sites, so we’ll have to disappoint you on this one. She doesn’t have a social media account since she prefers to stay away from the spotlight. Hopefully, she will change her mind and begin sharing events from her personal life and business with her admirers in the future.