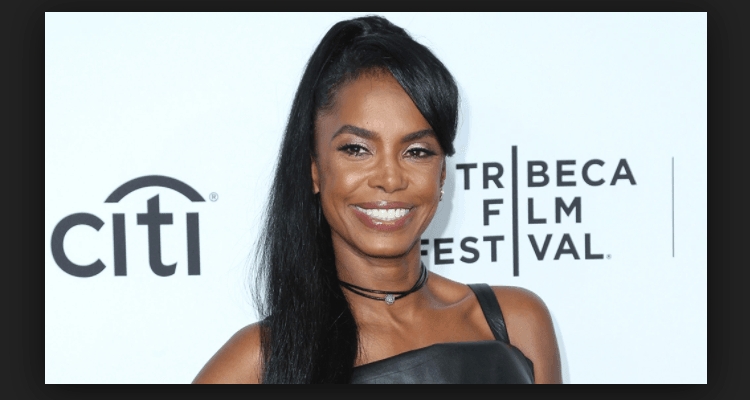 The famous American actress and model Kim Porter was known for her appearance in the “Law & Order” and a popular show called “I want to work with Diddy”. She was also the partner of Diddy from the year 1994 to 2007. The actress recently died in 2018 due to cardiac arrest.

The late actress Kim Porter was born on 16th December 1971. She was born in Columbus, Georgia, and went to Columbus High School. She graduated from there in the year 1988. Likewise, she was the daughter of Jake and Sarah L. Porter.

Her nationality was American whereas she was from African-American ethnicity.  There is no further information about her siblings but it is known that she grew up with them in the US.

Sadly, on 15th November 2018, Kim Porter said goodbye to the world at the age of 47, in Toluca Lake, Los Angeles, California. It is stated that the cause of her death was due to a cardiac attack. They found her dead body in her house and her funeral was done on 24th November 2018. Furthermore, her ex-boyfriend Diddy with other many celebrities attended her funeral.

Establishing herself as a famous and accomplished model, she got an opportunity to work with other famous models like Kimora Lee Simmons, Veronica Webb, and Naomi Campbell. Likewise, she was signed to New York’s Wilhelmina Agency and was featured on the covers of Runway and Essence Magazine.

Traveling to all over the world for her work, she visited places like Ibiza, Paris, Brazil, Japan, St.Tropez, Italy, Bora Bora, Amsterdam, Africa, Monte Carlo, Dominican Republic, Anguilla, and Jamaica. Similarly, she has worked with many brands like Revlon, Coors, and Tommy Hilfiger.

Now, talking about her acting career, she had made her screen debut as an actress in Gray Hardwick’s romantic drama ‘The Brothers’ in 2001. The name of her co-stars was Morris Chestnut, D.L. Hughley, Bill Bellamy, and Shemar Moore. The story of the movie was four men beginning to review their lives and relationship. The role played by her in the film was “Sandra the Temp”.

Later, in the year 2006, she had her second big-screen appearance. It was a thriller-drama film called ‘The System Within’ where she was in the role Hayes. Likewise, in 2006, she appeared in the pilot episode and made her first debut on television ‘Wicked Wicked Games’. She was in the recurring role of Violet Walker.

Moreover, she also acted in the musical drama ‘Mama I Want to Sing’ and also on ‘Single Ladies’. Similarly, she also made an appearance on ‘I Want to Work for Diddy’ and served as the co-producer of ‘Can’t Stop, Won’t Stop: A Bad Boy Story’. Her estimated net worth was $2 million.

Diddy and Kim first met when Diddy was working at the Uptown Records as an A&R executive when he fell in love with her and wished to have a girl like her. They started dating in the year 1994. They were blessed with a child and in 2002 Porter went to sue Diddy asking for more child support.

Being in a relationship they broke up many times and when she was pregnant with her twin children in 2006, she found out Diddy impregnated someone else. The other women gave birth to her child just five months before Kim. She felt betrayed and left him when he was out of town taking everything.

Diddy was not her first relationship as she had even married A1 B. Sure and divorced with him in the year 1990. Talking about her children she has three children with Diddy. Christian Casey Combs, Jessie James Combs, and D’Lila Star Combs were the children. Furthermore, she also had a son Quincy Jones with her first husband.

What was the Height and Weight of Kim Porter?

Being an amazing actress, she had a height of 5 feet 10 inches with an amazing body figure. Her weight was 55kg and body measurement of 34-28-36 inches.

Talking about her hair and eye color, it was black and her shoe size was 6. With all these features, she was an amazing personality.

Know more: What was Jeff Jampol controversy? Who is Scottie Pippen’s wife? How much is Breana Tiesi net worth? Who are Rebecca Berg Parents?