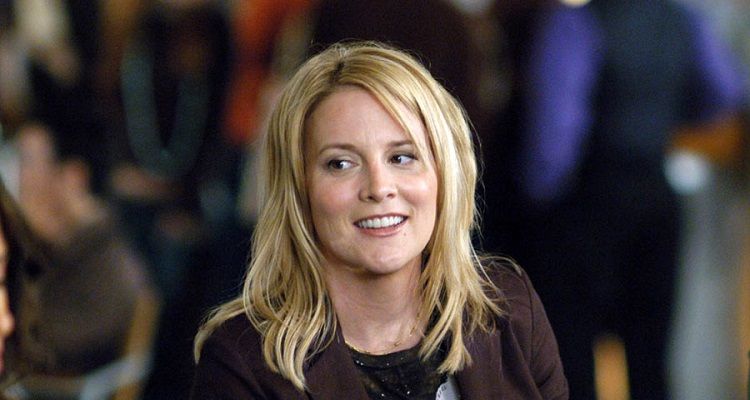 Who is Laurel Holloman?

Laurel Holloman is a former actress and painter. Her role as Tina Kennard in a TV drama series made her famous. She is also known for her abstract arts. Her acting career didn’t last very long. However, she is now busy with her paintings.

Laurel Holloman was born on May 23, 1971 (Chapel Hill, North Carolina, US). Her father and mother’s details are unknown. In her family, she was the youngest child with two older brothers. One of her brothers is Andy, who is a novelist.

She acquired her degree in Performance Communication from the University of North Carolina. She was always interested in acting and painting. Later, she joined the British American Dramatic Academy in London.

During her studies, she involved herself in theatre programs. This involvement helped Laurel Holloman in boosting her acting talents. Later on, she went to The San Francisco Art Institute for her painting and sculpting studios.

Laurel Holloman’s acting career started after her study. She firstly acted for theatres only. In 1995, she began her film career when she was cast in the film called The Incredibly True Adventure of Two Girls in Love as Randy Dean.

Laurel Holloman’s award-winning role in the show The L Word as Tina Kennard is mostly remembered. She has done several films and TV series. Laurel Holloman’s last film was Alone (2002) and her last appearance on TV was in Giagantic (2010).

After 2010, she felt like she wanted to invest more of her time in other things apart from acting. Hence, Laurel shifted her focus to painting. With her unique abstract paintings, Laurel impressed art lovers. Her paintings were full of vibrant colors and 3D effects. She timely showcases her paintings and the fund raised by them were sent to the Maasai Wilderness Conservation Fund. Laurel left acting and she is focusing now on paintings.

Regarding Laurel’s married life, she was married to an architect Paul Macherey. Their marriage took place on July 13, 2002. They together had two daughters (Lola Reiko Macherey and Nala Belle). Lola was born on Nov 4, 2004, whereas Nala was adopted by them on March 25, 2008.

This couple was separated because of some unknown reasons. Their marriage lasted only for ten years. They officially got a divorce on June 18, 2012. There is no information about her current affairs.

Laurel Holloman is an exceptional actress and painter. She had delivered some of the most memorable roles. Her continuous activeness in her career made her famous. She also has reasonable earnings. Her total net worth is estimated at around $3 million.

Laurel Holloman is an attractive actress. She is 47 years old and has maintained her body perfectly. Her height is 1.68m with 63kg of body weight. Her hair is blonde, eyes are light brown. Laurel’s body size is 36-26-36 inches.

Laurel got her fame from acting and her creative arts. Her paintings and roles were praised by lots of fans. Her unofficial Instagram account has around 38.2k followers. Her official Facebook and Twitter accounts are also not created yet.