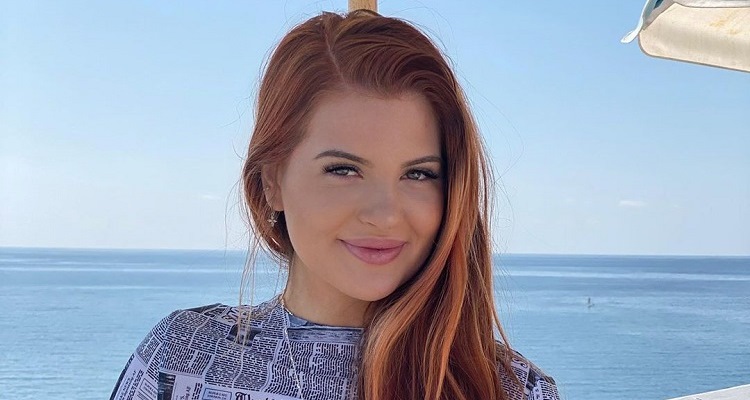 Allie Brooke is a YouTube Personality. She is also renowned as her self-titled YouTube channel where she shares her experience of motherhood that went viral on the web.

She created her YouTube channel on February 28, 2010, and began posting videos on June 14, 2017. Her channel’s first video was entitled “My first video: 17 and pregnant”. Also, she promotes the products for Buffbunny Collection.

What is Allie Brooke famous for?

Allie Brooke was born on May 11, 1999, in the United States. Currently, her age is 20 years old. She is of British ancestry. Till the date, she has not shared the details of his family including her parents and siblings.

However, in one of her videos, she shared that as a child, she thought that she wouldn’t be like her parents while it comes to parenting.

On the 28th of February 2010, she created a YouTube channel with her name. however, at that time, she was not into making videos on YouTube.

On the 14th of June 2017, she started uploading video son YouTube. Through YouTube videos, she shows life as a teen mother. At the time, she was pregnant with a baby with her boyfriend.

The initial video gets 354k views which inspired her to make such contents. But sharing your life with people is not an easy job. Despite that, she continued uploading her content on YouTube that started gaining more views.

Her YouTube videos like TEEN MOM: A REAL DAY IN THE LIFE, 18 AND PREGNANT LABOR & DELIVERY STORY, and TEEN MOM IN SCHOOL: A DAY IN MY LIFE gripped the attention of the many people.

Till the date, the video, TEEN MOM: A REAL DAY IN THE LIFE has earned the highest number of views that would be 1.11 million. Right now, her channel has 1.02 million subscribers with 66 million views.

Allie Brooke had to experience several sides of the relationship at a very young age. At the age of 17, she got pregnant with her boyfriend at that time. So probably she has faced blooming love, rejection in pregnancy from her family, maturity, and lessons from the struggles, and many more.  She has shared the video with her boyfriend back in 2018.

Read about Where is Luis Severino from? Bio, Age, Salary, Net worth, Jersey

As of now, the YouTube personality that maintained a distance from any sort of controversy that created a buzz in the media.

Allie Brooke is currently single. Previously, the YouTuber was dating a boy name, Evan. Together, they have a daughter, Cartia. Unfortunately, they broke up with each other before Cartia’s birth. However, they are trying to mend their relationship as parents.