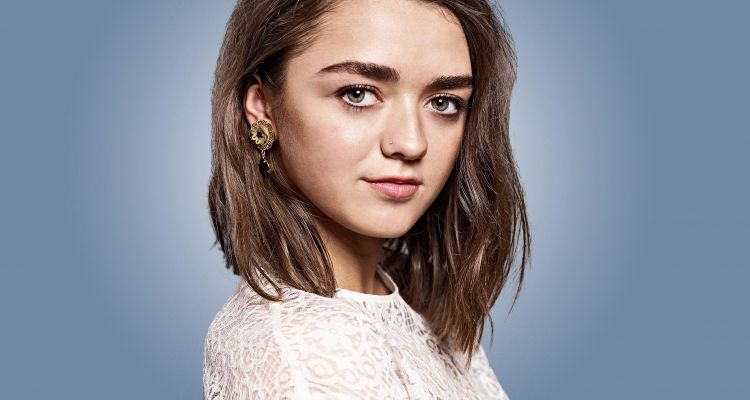 Maisie Williams’s height and weight information is not mentioned.

Maisie Williams is an actress best known for portraying Arya Stark of Winterfell in the HBO television series “Game of Thrones.” Her performance in the series has earned her a slew of prizes

Margaret Constance Williams was born on April 15, 1997, in Bristol, England.

Williams was given the nickname Maisie as a child, based on a character from the classic British comic “The Perishers.” Her mother, a former university course supervisor, reared her and her three brothers.

She went to Norton Hill School and then to Bath Dance College to study Performing Arts after matriculating.

All about Maisie Williams’s Career

Her star rose swiftly after her first professional appearance at the age of 14, when she was cast in HBO’s fantasy series “Game of Thrones” in 2011. She auditioned and was selected from a pool of 300 actresses. Her acting in the series, which is based on George R. R. Martin’s epic novels “A Song of Ice and Fire,” earned her a lot of praise from critics. She continued to garner attention for her portrayal in “Game of Thrones” over the next few years, eventually winning the 2012 Portal Award for Best Supporting Actress, making her the youngest actress to ever win in that category.

Her appearances on the show continued throughout each season, with her appearing on a regular basis. When she wasn’t filming “Game of Thrones,” she worked on other projects such as the BBC series “The Secret of Crickley Hall,” as well as indie films like “Heatstroke” and short films like “Up on the Roof” and “Gold.”

She played Lydia in the British film “The Falling” in 2014, and she was also set to play Ellie in the cinematic adaptation of the video game “The Last of Us,” but production was halted. She starred in the documentary drama “Cyberbully” the following year, which earned her a Shooting Stars Award at the 65th Berlin International Film Festival. Similarly, she also appears in the band Seafret’s music video “Oceans,” which deals with the subject of bullying. She made two guest appearances in two episodes of the long-running BBC TV series “Doctor Who” in 2015, and she would return in following episodes.

Williams stated on social media in 2018 that her involvement in the HBO series “Game of Thrones” has been concluded following the conclusion of filming for the final season. Later that year, she made her stage debut at the Hampstead Theatre in London in the drama “I and You.” She is also working on the film “New Mutants,” in which she will portray Wolfsbane, a Marvel Comics character with werewolf-like abilities.

Aside from acting, she co-founded Daisy Chain Productions and launched a new social media app called Daisie with Dom Santry. The goal of her projects is to bring together creative professionals from various industries such as art, film, photography, music, and literature to form a community of artists who collaborate, share projects, and help each other with their respective careers.

Maisie Williams’ net worth is unknown. Sources estimate her net worth to be around $3 million as of mid-2018, based on her brief but successful acting career, which included a recurring part as Ashildr in the 2015 season of “Doctor Who.” It is believed that as she progresses in her job, her fortune would grow as well.

Maisie won the BBC Radio 1 Teen Award for Best British Actor and was nominated for a Young Artist Award for Best Performance in a TV Series – Supporting Young Actress in 2013.

Maisie has been in a relationship with Olli Jackson since 2015; little is known about their relationship other than the fact that they met in high school. Her first interest is dancing, and she is skilled in a variety of styles, including tap, street dance, freestyle, musical theater, and ballet. She is both a trampolinist and a gymnast.

She is known to be close friends with her “Game of Thrones” co-stars Sophie Turner and Isaac Hempstead Wright, who play her on-screen siblings Sansa and Bran Stark, respectively. Maisie has stated that as she grew up in the program, she found herself in the middle of wanting to be an adult but not quite being that age.