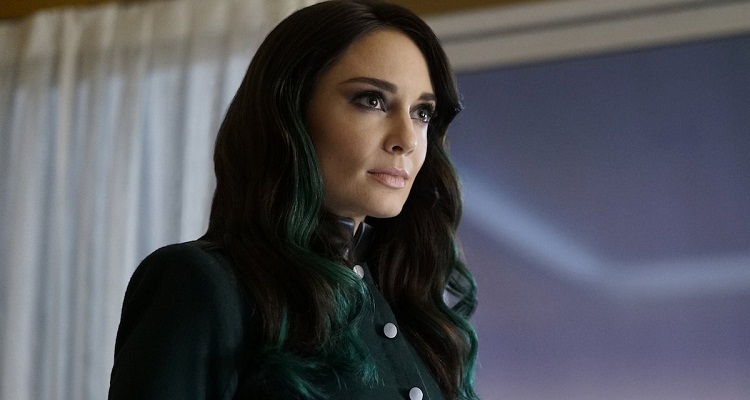 Mallory possesses a banana-shaped body with a height of 5 feet and 9 inches, and a weight of 60 kg.

Who is Mallory Jansen?

Mallory Jansen is an Australian actress famed for her role as Madalena on Galavant on ABC. She had worked with the ABC family before in their sitcoms Baby Daddy and Young and Hungry.

Mallory Jansen and her family and childhood

Mallory Jansen was born on 18 June 1989 and her current age is 29 years. Her place of birth is in Melbourne in Australia. She was raised on the outer skirts of suburban Melbourne. Mallory had a humble upbringing and a small family consisting of her parents and an older brother. She holds an Australian nationality and her ethnicity is not specified anywhere.

She had loved acting since childhood and recalled:

“If you ask my parents they would say I was always the theatrical sort. Growing up I adored theatre and film, I would always watch old Joan Crawford movies with my parents and perform little monologues to friends and family. I would skip any party with my friends just to be able to go and see the latest musical or play that came to Melbourne. I remember I was obsessed with ‘Phantom of the Opera’ at the age of about nine, I knew all the the songs word for word and would always be in tears when I listened to ‘Wishing you were somehow here again’, pretty dramatic for a nine year old!”

She studied drama in New York and completed her course in 2011. She was lucky to get coaching from some of the big names in the line such as Stella Adler and T. Schreiber Studios.

Mallory Jansen and her career, the rise, and her net worth

When Mallory was 15, a scouting agent spotted her and picked up for modeling. She walked the ramp for many big and established brands of the fashion industry and had been to Paris, Milan, London, New York, during her teen and early adult life. Recalling those days, Mallory had said:

“Modelling was a great way for me to see the world, It gave me the independence that I needed to truly discover who I was as a person and who I wanted to be”

Her first acting job was with an Australian mini-series called ‘Howzat, Kerry Packers War’, which had aired on Channel 9 in 2012. She starred in 2013 in Mr. and Mrs. Murder as Rachel and felt that this was the most challenging role for her to do. She did a role in the short film called Half Way. The same year, she starred in Twentysomething.
In 2014, she played Helena in INXS: Never Tear Us Apart. She also did Baby Daddy and Young and Hungry the same year. From 2015-2016, she played a role in Galavant, and later from 2016-2017, she appeared in Agents of SHIELD. She has also worked for American Housewife, This is us, and Shooter. She has a net worth of $ 1 million.

Mallory Jansen and her personal life and relationships

Mallory probably is single and not seen with any boyfriend in public areas and neither has she talked about any of them. But in 2016, she had spoken about the qualities she expects in her boyfriend. She wants to marry a man for his heart and not wealth. She feels that he should be a gentleman. He should understand and support her while loving her. She had said that she is not dating but just hanging out with a man from her home country. As per Wikipedia, she and Simon Phan married in 2014. But we could not ascertain the authenticity of this report.

Mallory Jansen and her body measurements and social media profile

Mallory possesses a banana-shaped body with a height of 5 feet and 9 inches, and a weight of 60 kg. With a dress size of 4 US, her figure stats are 34-25-35 inches. Her shoe size is 8.5 US. She has brown hair and hazel eyes.
Her Twitter account has 29.1k followers and her Instagram fans number 90.2k.