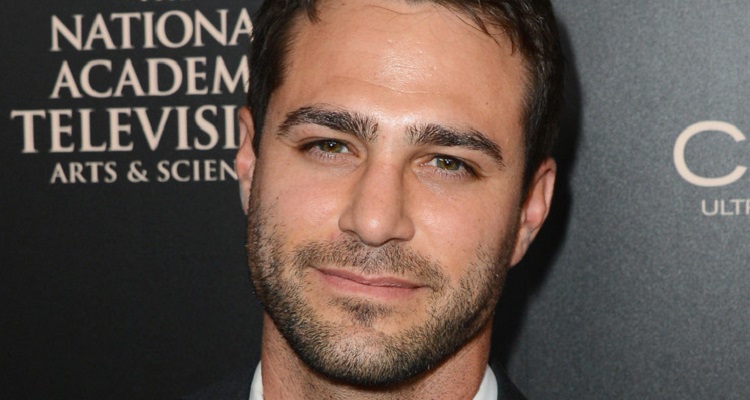 Marco Dapper is an American actor and model. He is famous for his role in the 2006 film ‘Eating Out 2: Sloppy Seconds’. He has made his appearance as Carmine Basco on ‘The Young and the Restless’.

Marco was born on July 9, 1983, in Hayward, California. His birth name is Marco Dominic Dapper and he is currently 35 years old. He has got an older sister. He started acting since his childhood.

He was raised as Catholic and was sent to Catholic school. After graduating high school, he appeared in community theatre productions. He made his way to Los Angeles in 2003 and studied acting at Beverly Hills Playhouse, and with Lasly Kahn, Chick Vennera.

He worked in a UPS warehouse, as a fitness trainer, prior to acting.

In his free time, he loves going to the gym, playing video games, painting, listening to music.

He was featured in the film ‘Redefining Normal’ as Dario Franco in 2008 by the producer and screenwriter Anthony Bruce. They became friends during their work at a restaurant in Brentwood, CA as they both were waitresses.

In the same year, he appeared as Billy in the film ‘I Choose Chaos’. After a year, he made his appearance as Randy in ‘Nowhere Else’ in 2012.

He has made his appearance as a model in Men’s health and ads for Levi’s Jeans for the Asian Market. He also appeared in national commercials for Absolut Vodka, United Airlines, Sears, and Box.

He studied Martial Arts for over 10 years. He holds a black belt Tae-Kwon-Do.

He is active on Instagram. He has around 44.5k followers and he has posted around 2,025 photos and videos in his Instagram account. He has followed around 2,606 people.

He is also active on other social media sites. On Facebook, he has over 749.8k followers, and over 13.8k followers on Twitter.