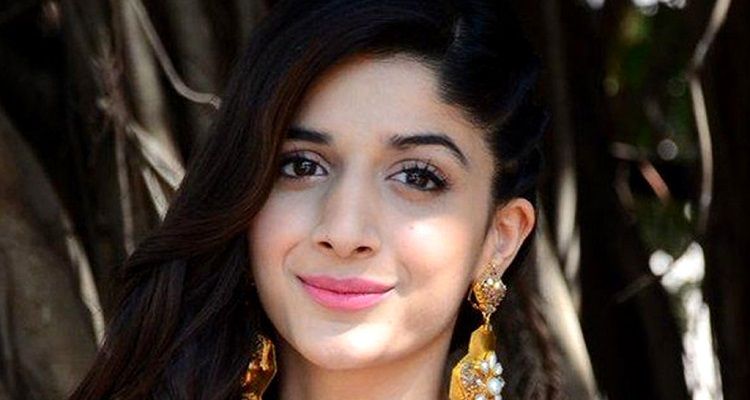 Mawra Hocane is a Pakistani actress and model. She has started from the theater, music channel, and now she is a known celebrity. Her sister and brother are also in the entertainment industry.

Mawra Hocane (Mawra Hussain) was born on 28 September 1992, in Karachi, Sindh, Pakistan. Her mother (Razia Makhdoom) was a housewife and father (Mushtaq Hussain) was in the Pakistani Army. Mawra has two siblings, elder sister Urwa Hocane and younger brother Ins E Yazdan who is an actor. Mawra is a Pakistani national and has Asian ethnicity.

Her sister is a Pakistani actress, VJ, and model. She has given memorable performances in Na Maloom Afraad, Punjab Nahi Jaungi, Marasim, Udaari, Kitni Girhain Baaki Hain, etc. She inspires her sister and Mawra once said,

“I love my sister the most. She is the best part of my life.”

Mawra Hocane, who is now 26 years old has studied together with her siblings. She has attended Bahria College in Islamabad and completed a degree in Medicine. After this, her interest was rose in Law, so she joined University College of Islamabad. From there, for her degree in Law, Mawra went to the University of London. She also joined Pakistan Institute of Fashion and Design to gain knowledge about fashion.

Career, Her Movies, and Net Worth

Mawra Hocane who is now a known face of Pakistan has multiple careers. She has started as a theater artist and later started to work as a VJ for a music channel ARY Musik. Soon after this, her appearances on screen started to rise. Mawra’s first screen performance was in 2009 with a TV show Maryam. She then appeared in TV series like Aahista Aahista, Ik Tamanna Lahasil Si, Nikhar Gaye Gulab Sare, Mere Hazoor, Main Bushra, Shadi Mubarak, Aangan, and more.

Mawra’s TV popularity has opened her gate to the films. Her first movie was a romantic drama Bollywood movie in 2016 Sanam Teri Kasam as Saraswati. Then she appeared in a Pakistani movie Jawani Phir Nahi Ani 2 (2018) where she has played the role of Zoe. As a model, Mawra has walked in 2018 for Pantene Hum Bridal couture.

Her total net worth figure is not calculated yet. But as per the sources, for Sanam Teri Kasam movie, she was paid between 10-25 lakh. Her first earning was Rs.8000 when she was 13 years old, and she has expressed her happiness by saying,

Is Mawra Hocane is Involved in Any Affairs?

Mawra Hocane has many interesting and confusing love affair. She was first surrounded by the rumors of engagement photos with actor Asad Siddiqui. But Mawra explained that it was only for a Tv show.

Her second affair was noticed when she changed her status from single to engaged. This time she was seen on outings with Aamish Azhar several times. This relationship was started in 2014 but sadly ended in 2015. She is also linked with a Bollywood actor Ranbir Kapoor. Her current affair’s update is not available and is considered as single.

Mawra Hocane like her sister is gorgeous and has a perfect body. Her height is 5 ft 7 inches, weight is 52 kg, and body figure is 32-23-33 inches. She has a slim body, black hair, brown eyes, and fair skin tone. Other features like bra size, shoe size, dress size, etc are not available.

Mawra also catches the media’s attention through controversies. In 2015, she has tweeted supporting the Bollywood film Phantom. The tweet was,

This offended the people of Pakistan and they started to target her. on her defend, Mawra retweeted,

“My tweets were out of utter ignorance for I had not seen the trailer neither was I aware of the sensitivity of the matter back home,”