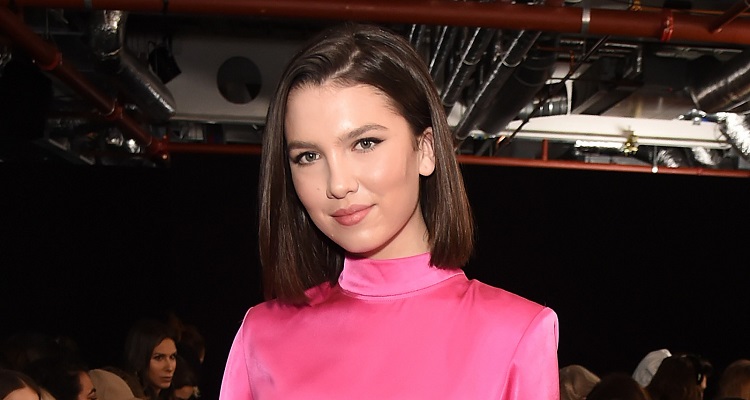 Maya Henry is an American model and social media star. She is also an Instagram sensation who rose to fame in 2016. She also rose to fame for her Quinceanera as her multi-millionaire father made a headline for spending $6 million.

What is Maya Henry Famous For?

Maya Henry was born on February 12, 2001, in Texas, to multi-millionaire father Thomas J. Henry and her mother Azteca Henry. She has a brother, Thomas Jr. Her father is a famous trial attorney in Texas. Likewise, she belongs to a Mexican-American family and ethnicity of Caucasian. Her family has a YouTube reality series, Hangin’ with Los Henrys, through which we can get a sneak peek of the millionaire family.

Henry has just finished school in 2018 and is studying to become a human rights/ personal injury lawyer.

All About Maya Henry’s Career

She began her career at an early age as a model and received a huge amount of fan following on her Instagram. Maya is also busy traveling around the world as an international model. She also made her appearance on her family’s Youtube channel and its series Hangin’ with Los Henrys.

Maya is also represented by Elite Model Management and has walked on the ramp of Dolce & Gabbana five times throughout her career. Moreover, she also made her appearance in the short film Carte Blanche alongside Dylan Sprouse. She also appeared in a music video for Old Town Road. This is the Lil Nas X and Billy Ray Cyrus’ hit song. Furthermore, she also appeared in Vogue Arabia and Vogue Beauty UA.

Her charity, Maya’s Corner was established in 2008, which provides school supplies and educational opportunities to underprivileged children across the US.

Maya’s family spent $6 million for her birthday party which was held at a 55,000 square foot, the purpose-built venue in San Antonio hosted around 600 guests. The place got decorated with walls of roses, fountains, fake peacocks, cherry blossoms, and pretty butterflies suspended from the ceiling.

Maya was captured on a special day in the teen’s life by photographer Donna Newman, who had previously snapped pictures of former First Lady Michelle Obama.

Currently, she is in a relationship with Liam Payne who is one of the former members of One Direction. She met him at a One Direction meet and greet event at the age of 15. After that, they began dating at the luxury Bulgari Hotel in London for the first time. They also appeared at the Dolce & Gabbana gala dinner in Lake Como, Italy, and partying in Cannes. The pair keep on posting their romantic couple photos on their social media page.

Furthermore, the pair walked the red carpet together for the first time at the ESCADA x RITA ORA capsule launch event during Paris Fashion Week on September 29, 2019.

Maya has a height of 5 feet 8 inches and weighs around 55 kg. Her body measurement is 34-26-35 inches and her bra size is 33B and her shoe size is 7 US. Likewise, she has a greyish-blue eye color and Brunette hair color.

Being a Social media star, she is socially active on Instagram and she has 439k followers on Instagram.