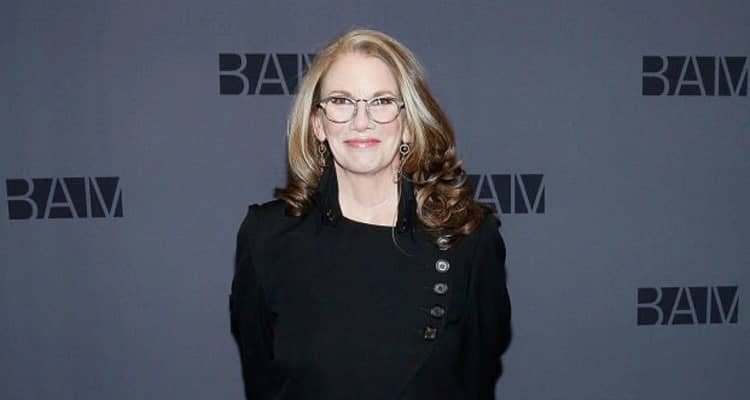 Melissa Gilbert is a well-known American actress who started her career as a child actress. She is also known for her role as Laura Ingalls Wilder in the series Little House on the Prairie

What is Melissa Gilbert famous for?

How old is Melissa Gilbert?- Melissa Ellen Gilbert was born on May 8, in the year 1964, in Los Angeles, California, the United States. Currently, her age is 58 years old and Taurus is her zodiac sign.

Talking about Gilbert’s education history, she attended The Buckley School in Los Angeles.

All about Melissa Gilbert’s Career

In 1967, Melissa made her film debut by appearing in The Reluctant Astronaut. She then appeared in the 1985 film, Sylvester. In 1979, she voiced in Nutcracker Fantasy. She has also appeared in the short film One Smart Fellow in 2015. She was last seen in the film When We Last Spoke in 2019.

On TV, she first appeared in an episode of The Dean Martin Comedy Hour in 1968. From 1974 to 1983, Gilbert was in the lead role of Laura Ingalls in Little House on the Prairie. Additionally, she has also been in the main role in Stand By Your Man. She then went on to appear in Sweet Justice in 1994. She had a recurring role in Secrets and Lies in 2015.

Gilbert also had a recurring role in Batman: The Animated Series. Gilbert has appeared in guest roles in many TV shows. In 1977, she was first seen in a TV film. She then went on to appear in The Miracle Worker as Helen Keller. In 1980, Gilbert was seen in the TV film called The Diary of Anne Frank.

Her other made-for-TV films include The Little House Years, Splendor in the Grass, Family Secrets, Penalty Phase, Killer Instinct, Without Her Consent, Forbidden Nights, Dying to Remember, The Soul Collector, and Sacrifices of the Heart. Gilbert was also a contestant on Dancing with the Stars in 2012.

Is Melissa Gilbert married?– Melissa and actor Timothy Busfield got engaged on January 29, 2013. Melissa’s representative confirmed the engagement. The pair married on April 24, 2013, at San Ysidro Ranch in Santa Barbara, in front of close family and friends. Daisy Busfield, Samuel Busfield, and Wilson Busfield are her stepchildren.

She began dating actor Rob Lowe when she was barely 17 years old. Rob proposed to her in 1986 after they were frequently seen together at red carpet events. However, their relationship was not joyful, and they both cheated on each other during their romance, so they called it off and broke up after a year of engagement. But, they split up after Melissa’s miscarriage.

Additionally, she dated Timothy Hutton. In 1983, Gilbert had a brief relationship with actor John Cusack. After learning that Rob Lowe was cheating on her with Nastassja Kinski in 1983, she slept with John, Rob Lowe’s best friend, to get even with him.

In 1984, Melissa had an affair with actor Scott Baio. In the year 1986, she allegedly had an affair with singer Billy Idol. Melissa was dating actor Bo Brinkman at the time. Their rendezvous was pre-arranged, and the pair married on February 22, 1988, after only a short time apart. Dakota Paul Brinkman was born to them soon after (born May 1, 1989). Unfortunately, the pair split up in 1992.

Likewise, in 1992, Melissa had a brief relationship with actor Dylan McDermott. She also began dating Bruce Boxleitner, an actor, and writer. Kathryn Holcomb, Bruce’s previous wife, who was married to actor Ian Ogilvy at the time, arranged their encounter. Melissa and Bruce had previously worked together on the set of Battle of the Network Stars in the late 1970s.

However, because of the large age gap, Bruce dismissed Melissa’s proposal at the time. After several years apart, the two reconnected and had an on-again, off-again relationship. They were engaged twice, but Bruce broke it off each time. Finally, the pair married in Melissa’s mother’s living room on January 1, 1995.

She gave birth to a son, Michael Garrett Boxleitner, on October 6, 1995, after losing her first child with Bruce due to early labor. Melissa is the stepmother of Sam Boxleitner (born 1980) and Lee Boxleitner, who are Bruce’s children from his first marriage to Kathryn (born 1985). Melissa and Bruce divorced on August 22, 2011, after their separation on March 1, 2011.

How tall is Melissa Gilbert?- Gilbert has a height of 5 feet 4 inches and her weight is 60Kg. Hence, Melissa has auburn hair and light golden hazel eyes.