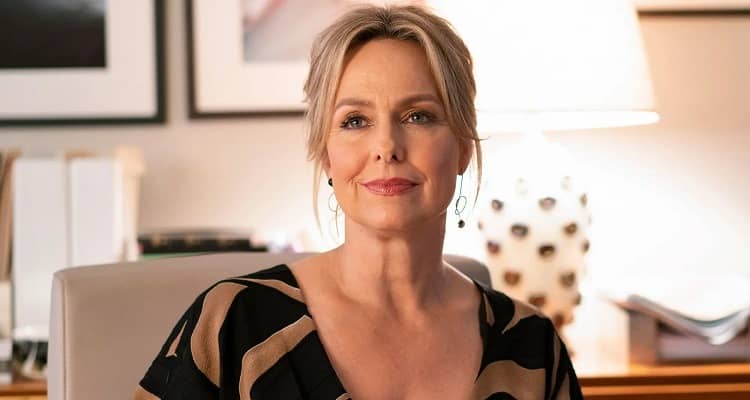 Who is Melora Hardin?

Melora Hardin is a well-known American actress and singer who rose to prominence after starring as Jan Levinson in the television series The Office (2005–2013).

What is Melora Hardin famous for?

How old is Melora Hardin?- Melora Diane Hardin was born on June 29, in the year 1967, in Houston, Texas, in the United States. Her current age is 55, and her zodiac sign is Cancer.

Her father‘s name is Jerry Hardin, and her mother‘s name is Diane Elizabeth. She has one sibling,  Shawn Hardin. Hardin’s nationality is American, and her ethnicity is mixed (English-Scottish-German-Cajun French-Dutch).

All about Melora Hardin’s Career

In 1983, Hardin portrayed Tess Benjamin on NBC’s ‘The Family Tree.’ The next year, she appeared in an episode of ‘Mama Malone.’ As Joy Villafranco, she joined the cast of ‘The Best Times’ in 1985. The show addressed topics such as pre-marital sex and drugs. Additionally, Melora plays Katie in the American-Canadian action picture ‘Iron Eagle,’ which was released in 1986. The same year, she played Whitney Dunbar in the comedy film ‘Soul Man.’

In addition, she played Frances “Baby” Kellerman in the comedy-drama series ‘Dirty Dancing’ from 1988 to 1989. Hardin starred as Sandy Thomas in the 1990 drama ‘Lambada,’ with Adolfo Quinones,Keene Curtis, Dennis Burkley, Ricky Paull Goldin, and J. Eddie Peck. She played a nightclub singer in the 1991 superhero movie “The Rocketeer.” Hardin also sang the song “Begin the Beguine” in the film, which displayed her singing abilities.

In the early 1990s, she appeared in a number of television shows, most notably ‘Quantum Leap’ and ‘Friends.’ ‘Absolute Power,’ an American political thriller directed, produced, and starring Clint Eastwood, featured the outstanding actress as Christy Sullivan. Hardin had a prominent part in the 1997 television film “Tower of Terror,” in which she also performed “Boy of My Dreams.” She starred in the films ‘Erasable You’ and ‘Seven Girlfriends’ in the late 1990s.

Likewise, Melora was cast in the lead role of Barbara Arno in the comedy-drama series ‘Cover Me.’ In 2003, she appeared as Former Petty Officer Erin Toner in the NCIS episode “The Curse.” She portrayed Trudy Monk on “Monk” from 2004 until 2009. This comedy-drama detective mystery TV show was essentially a police procedural, but it also had dramatic and comic aspects when it looked at the personal lives of the key characters.

Similarly, Hardin debuted as Jan Levinson in the comedy ‘The Office’ in 2005. She played Robby Ray’s love interest in “Hannah Montana: The Movie” four years later. In 2009, she directed and produced the drama film ‘You.’ In the year 2010, Melora appeared as Claire Sax in NBC’s courtroom drama series ‘Outlaw.’ After having a minor role in the love film ‘I Melt with You,’ she went on to play one of the key characters in the TV series ‘Wedding Band,’ which is about four friends who, despite their difficulties in life, spend their spare time performing in a wedding band.

Melora also played Tammy in ‘Transparent’ from 2014 to 2015. During this time, she also appeared in the film ‘Self/less’ and a direct-to-video film named ‘An American Girl: Isabelle Dances Into the Spotlight.’ She starred as Grace in the 2018 feature film ‘Cruel Hearts.’ She is now starring in the TV series ‘The Bold Type’ as Jacqueline Carlyle.

How tall is Melora Hardin?- Hardin has a height of 5 feet 7 inches and her weight is 58Kg. Hence, Melora has blonde hair and blue eyes.