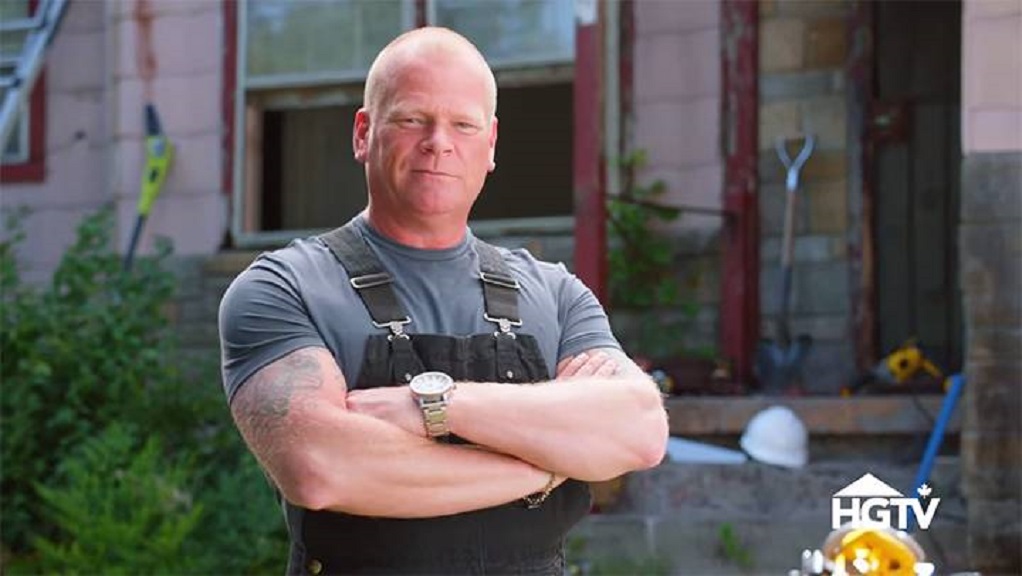 Mike Holmes is a builder/contractor, businessman, investor, television host, as well as a philanthropist. He had produced as well as act on the movies including  Holmes on Homes (2001), Holmes Inspection (2009) and Corner Gas (2004).

Mike Holmes was born in Halton Hills, Canada on August 3, 1963. His current age is 55. He was born as Michael James Holmes to Jim Holmes and Shirley Holmes.

He is a Canadian businessman, investor, television host, and philanthropist. Currently, he is a judge on HGTV’s show ‘Handyman Superstar Challenge’ and its American counterpart ‘All American Handyman’ with Scott McGillivray.

Mike Holmes Career as a builder

At the tender age of six, his father taught him construction works. After learning construction works from such a young age he at the age of nineteen started his own construction company with thirteen employees. He started The Holmes Foundation in 2006 its sole purpose was to encourage young people to enter the building trades.

Later in 2006  Mike became recognized in Canada’s House of Commons for his promotion of skilled trades and his advocacy for improved building standards. Apart from his building career, Mike has also published two books that were quite successful. The two books are the national bestseller Home Renovation with Canada’s Most Trusted Contractor and Holmes Inspection: Everything You Need to Know Before You Buy or Sell Your Home.

Mike is also the national spokesperson for Skills/Compétences Canada and for WorldSkills Calgary 2009. He had also has been part of various television shows such as  ‘Best of Holmes on Homes’, ‘Holmes Makes It Right’, ‘Mike’s Ultimate Garage’, ‘Holmes and Holmes’

Previously Mike Holmes was married to Alexandra Lorex. He married Alexandra when he was 19 years old in 1982. $ years later they became parents for the first time when Lorex gave birth to daughter Amanda Holmes. Their other two children Sherry Holmes and son Mike Holmes Jr. were a son born.

Mike’s life hit rock bottom when his company crumbled and went bankrupt. On top of that, his marriage with Lorex ended in divorcee!

Currently, Mike is in a relationship with Anna Zappa. They have been now dating for quite some time since 2000.

So far Mike has won many awards and has been honored many times. He won the Gemini Awards: Viewers’ Choice Award in 2004. Later in 2008, British Columbia Institute of Technology awarded him an Honorary Doctorate of Technology.  He has also received The Queen Elizabeth II Diamond Jubilee Medal on June 18, 2012.

Mike has a bulky and athletic body. He has a splendid height of 1.85 m and he weighs around 83 kgs. His hair color is blonde and eye color is hazel blue.

Also read: Who is Danielle Nicolet married to? Get the inside details about her husband, married life, past hurtful relationships, celibacy, and on her career and childhood!