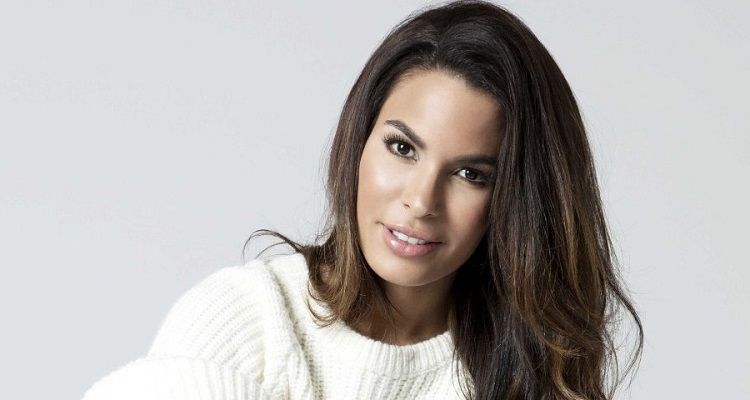 Nadine Velazquez is a successful American actress and model. She has been featuring in both movies and TV series. Her recognizable roles were in TV series My Name Is Earl and on The League.

Nadine Velazquez was born on Nov 20, 1978, in Chicago, Illinois, USA. Her full name is Nadine E. Velázquez and she holds American nationality with Puerto Rican ethnicity. She hasn’t disclosed her parents’ details but has an elder and younger sisters.

Nadine has an impressive educational background. She has attended Roman Catholic High School for her early studies. Then her graduation was from Notre Dame High School for girls. This lady has also a BA degree from Columbia College Chicago in 2001. Nadine first started from a commercial and now has become a well-known face of the glamour industry.

Nadine Velazquez was married to a talent agent Marc Provissiero but now they are not a couple. This duo tied the knot back in 2005 but only after six years of marriage, they divorced each other. Like the wedding was a private function the same their divorce was also a secret. As none of these two has revealed anything about their separation.

Nadine and Marc are keeping their personal life within themselves and hasn’t seen dating other people. As for Marc, he is talented personnel and also a producer of projects like Happy Anniversary and Girlfriend’s Day.

Nadine Velazquez’s first did a McDonald advertisement for which she said,

“My first job was a McDonald’s commercial. It made me want to wake up at 4 A.M. to do something I loved. I haven’t been the same since.”

After this, she never looked back and started to focus on her career. Her first TV show was The Bold and the Beautiful and the film was Biker Boys in 2003. Nadine got her recognition as an actress from shows like My Name Is Earl ( Catalina Aruca) and The League (Sofia Ruxin).
She has also portrayed the roles of Maria in the movie War (2007) and Katerina Marquez in Filght (2012). Her other acting projects are House of the Dead II, A Day in the Life, Ride Along 2, Biker Boyz, Ride Along 2, The Bounce Back, and Z Nation, Six, A World Away, Sharon 1.2.3., and Our Bnb Life.
Nadine loves acting and once quoted,

“I love acting and I have a need to do it, even when the business is down.”

As a model, Nadine has earned honors such as 93rd in Maxim’s 100 Sexiest Women (2004) and also ranked no.61 and 41 on the Maxim magazine Hot 100 of 2007, 2008 list. She has also judged Miss Universe 2008 beauty pageant. This talented actress plus model has earned a lot from her acting and modeling. Her total net worth is estimated at around $3 million.

Nadine Velazquez is appreciated both as an actress and model. She proved as a role-model and is followed in social networking sites. Her activeness is seen in social media like Twitter, Instagram, and Facebook. In them, Nadine has around 25.5k, 79.1k, and 8.7k followers.

Nadine Velazquez has kept her body in a sound condition. Her height is 5 ft 5 inches and her body weight is 55 kg with beautiful dark brown eyes and light brown hair. She has a slim body and a figure of 36-26-37 inches. Nadine’s other body features are a dress size 6 US, bra size 34B, and shoe size 7 US.

Nadine Velazquez to keep herself fit follows a strict diet routine. Like most of the models, she also avoids junk foods and only consumes organic and fresh foods. Her diet plan usually includes vegetables, fruits, oatmeals, brown rice, and juices. She also takes chicken and fish for the supply of proteins.